Zimbabwe’s colonial-era public health laws must be revised to guarantee the human rights, and the dignity and equality of everyone, including adolescent girls who bear the brunt of existing discrimination, Amnesty International said today, ahead of the parliamentary debate on the Public Health Act Amendment Bill. 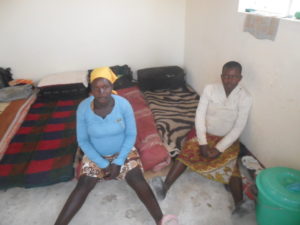 Teenage pregnancies on the rise in Mat South

The organization warned that Article 35 of the Bill, as it stands now, could put adolescent girls’ health at further risk, as it implies that anyone under 18 years of age will not have legal capacity to consent to receiving health services and information.

“For too long adolescent girls in Zimbabwe have suffered the consequences of inconsistent laws which are used to deny them their sexual and reproductive rights. This, combined with the shame and stigma around adolescent sexual health services, means young girls face an increased risk of unwanted pregnancies and HIV infection,” said Muleya Mwananyanda, Amnesty International’s Deputy Regional Director for Southern Africa.

“The reality is that many adolescents are sexually active before they are 18 and the government must act to ensure that they can access the services and advice they need to help safeguard their health and their futures.”

Under Zimbabwean law, the age of consent for sexual intercourse is 16, yet many adolescents are sexually active before this age.  In its recent report, Amnesty International revealed that the confusion caused by inconsistent laws makes it harder for adolescent girls to access sexual and reproductive health information and services, often putting their health at grave risk.

The government’s delay in amending its laws to raise the legal age of marriage to 18, in line with the constitution, has led to widespread confusion around the right to access health services, in a context of entrenched taboos surrounding pre-marital sex. As a result, adolescents are often unable to access sexual and reproductive health services and information.

Public health and human rights experts have called on Zimbabwe’s government to remove age barriers for sexual and reproductive health services and information, and to ensure third party permission for accessing these services is not required.

Adolescent girls also face stigma and discrimination, the risk of child marriage, economic hardship and challenges in completing their education in Zimbabwe.

“Zimbabwean lawmakers must use this opportunity to come up with health laws that protect and respect the human rights of all Zimbabweans, regardless of their age or background,” said Muleya Mwananyanda.

“Furthermore, any new public health law must enshrine the equality of men and women, as a first step towards rooting out the stigma and discrimination that has caused so much harm.”

Amnesty International is calling on lawmakers to protect the right of everyone to access sexual and reproductive health services, as guaranteed by the Constitution.

The organization is also calling for the amendment of Section 31 of the Public Health Act to ensure gender equality and prevent discrimination, including on grounds of gender, age, health status, sexual orientation and ‘other status’.

The Portfolio Committee on Health and Child Care (PCHCC) and Members of the Parliament will lead the debate on Public Health Bill this week.

This follows the reading of the proposed law into the 1924 Public Health Act on the past two occasions earlier this year.