AN aspiring opposition party legislator has petitioned the High Court seeking an order to stop a traditional leader from contesting the impending 2018 general elections on a ZANU PF party ticket. 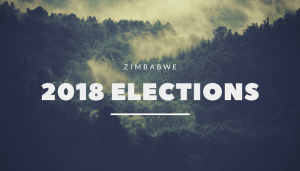 Leman Pwanyiwa, an MDC-T party member filed an urgent chamber application in the High Court on
Friday 01 June 2018 seeking to bar Chief Bramwell Bushu from participating in the harmonised
elections scheduled for Monday 30 July 2018 as a candidate of ZANU PF party.

In his application filed by Noble Chinhanu of Zimbabwe Lawyers for Human Rights, Pwanyiwa argued
that by contesting in the just ended ZANU PF party primary elections and by also seeking to contest as
a legislator for ZANU PF in the parliamentary elections for Shamva South constituency scheduled for
next month, Chief Bushu violated the Constitution and his bid to contest the elections is
unconstitutional.

Pwanyiwa added that Chief Bushu’s actions infringe on his rights together with those of his MDC-T
party supporters to free and fair elections. Pwanyiwa argued that he wants to be served by traditional
leaders who do not further the agenda of any political party as provided in the Constitution.
The aspiring opposition legislator added that by his conduct, Chief Bushu acted in a partisan manner,
which will further the interests of ZANU PF party or its cause.

Pwanyiwa argued that the High Court recently ruled that the involvement of traditional leaders in
partisan politics and declaration of allegiance to ZANU PF party is a breach of the right to free and fair elections as enshrined in section 67 of the Constitution.

Pwanyiwa wants ZANU PF party to be ordered to stop forthwith from contravening some provisions of
the Constitution that entrench the non-partisan nature of traditional leadership in Zimbabwe and wants
the ruling party to be ordered to immediately remove Chief Bushu as its National Assembly candidate
for Shamva South constituency for the 30 July general elections.

The aspiring MDC-T legislator wants Chief Bushu to be ordered to discontinue his membership in
ZANU PF party or any other political party in accordance with section 281(2)(a) of the Constitution.
Pwanyiwa also wants the functionaries of the National Council of Chiefs, who will be deployed at the
Nomination Court sitting at Bindura Magistrates Court to be barred from receiving and accepting Chief
Bushu’s nomination papers seeking to contest the Shamva South parliamentary elections.