Digital television satellite service provider, DStv - which is operated by MultiChoice Zimbabwe - has had a pride of place in Zimbabweans' homes for a long time, and had always been regarded as an alternative to the pathetic propaganda-laced services that the only local broadcaster ZBC TV had been spewing for decades. 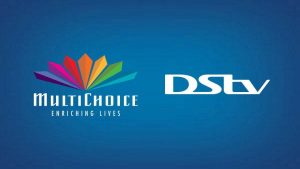 However, DStv appears to have become so comfortable with its monopoly, that it now abuses the endearment awarded it by its myriad of customers throughout the country, especially when it comes to the issue of demanding payments only in scarce United States dollars, coupled by its reliance on agents, who include banks – who demand service charges as much as USD6 for each subscription.

MultiChoice Zimbabwe, which is the Zimbabwean operation of the South African headquartered company MultiChoice Africa – and operates as a franchise – is registered under the name Skynet Pvt Ltd.
For a company that regards itself as Zimbabwean, one wonders why then it seems to think that it is more special than other local companies, that accept payments for products and services in Bond Notes – which are legal tender in this country.

In fact, considering the current liquidity crisis in Zimbabwe, all other companies operating in the country even accept payments through ‘plastic money’ and mobile money transfer services.

In his application, Majatame argued that the refusal by DStv to accept Bond Notes was in violation of Statutory Instrument 133 of 2016 and the principal Act, the Reserve Bank of Zimbabwe Amendment Act (2016).

Majatame said, “Section 44B(2) of the said SI 133 of 2016, provides that bond notes and coins are exchangeable at par value with any specified currency other than Zimbabwean currency prescribed as legal tender for the purposes of Section 44A. “Clearly the refusal by the Respondent to accept my payment for its services in bond notes or coins, is not only illegal, but it is a massive slap in the face for the Government and lawmakers.”

To add insult to injury, MultiChoice Zimbabwe relies on agents – including banks – for customers to make payments, yet these charge at least USD5 in addional service charges – further disadvantaging its already burdened patrons.

The majority of MultiChoice Zimbabwe customers end up folking out nearly double the charge for their particular bouquet, as a result of having to exchange their Bond Notes into US dollars on the black market, and then adding the service charge by DStv agents – including banks.<

For instance, an Access bouquet – which normally costs USD11 – a customer would need to part with at least $20 in Bond Notes in order to obtain at least USD16 to pay for the bouquet (inclusive of at least USD5 service charges).

Such a set-up renders DStv unaffordable to its numerous customers.
However, if MultiChoice Zimbabwe – for some strange reason – insists upon US dollars hard cash, the question that leaves one buffled is: why does MultiChoice Zimbabwe not avail a bank account for its customers to directly deposit their subscriptions?

Are they working in cahoots with these agents – including banks – in some unholy alliance in order to fleece the already burdened people of Zimbabwe?

According to my investigations, agents told me that they deposited DStv subscription payments directly into a MultiChoice bank account, as such, why will the company not avail this service to its customers, so as to alleviate their burden?

If DStv agents, who are strewn all over the country, have direct access to MultiChoice’s bank account, why – if what the company is doing is above board – can it not ensure that its already economically disadvantaged customers avoid the ‘middleman’ by making payments directly into its bank account?

If professionals, such as nurses, doctors, and lawyers – who make regular registration payments to their respective regulatory authorities – have direct access to their bank accounts, then surely, MultiChoice Zimbabwe can do the same.

If DStv is not prepared to go this route, then the other option would be for them to open MultiChoice Zimbabwe offices throughout the country – similar to Econet Shops – whereby, customers can make the requisite payments, and enquiries.

However, due to the expensive nature of such an undertaking, I believe that the best alternative would be to avail their bank account for direct deposits by customers.

Nonetheless, if MultiChoice Zimbabwe still insists on using these predatory agents for receiving payments from customers, then the least the company can do is to peg a maximum limit on service charges, for instance USD1 – and any agent found wanting, would have their licence revoked.

It is time that MultiChoice Zimbabwe realised that it’s monopoly days – whereby, they could abuse customers willy-nilly – are long over, and if they seriously want to survive in the Zimbabwe market, they need to spruce up their act.

There is now an alternative in Strive Masiyiwa’s Kwese TV, and if anyone wants to undermine this shrewd businessman, they can do so at their own peril.

Remember, even in the mobile network industry, Masiyiwa’s Econet Wireless was the last to be issues a licence – after a long battle, similar to Kwese TV’s – yet, today, they are the leading mobile service provider in the country. If MultiChoice Zimbabwe learnt nothing from this example, then they only have themselves to blame should they sooner, rather than later, find themselves in the peripheries of the digital satellite television industry.

The laws of Zimbabwe are quite clear to what the legal tender is, and MultiChoice Zimbabwe has to follow suit, just as any other business entity operating locally – as such, they should accept Bond Notes for all payments.

Furthermore, they need to either tightly regulate their agents – including banks – to minimise their service charges, or else find more accessible and affordable means for customers to facilitate payments.

Failure to do so, would mean that MultiChoice Zimbabwe has failed the nation of Zimbabwe, and has complete disregard for the laws of the land, as such, they may as well leave our beautiful country.

° Tendai Ruben Mbofana is a social justice activist, writer, author, and speaker. He is the Programmes Director with the Zimbabwe Network for Social Justice (ZimJustice). Please feel free to call/WhatsApp: +263782283975, or (calls ONLY): +263715667700, or email: [email protected]. Please also ‘Like’ the ‘ZimJustice’ page on Facebook.
Post published in: Featured