Zimbabwean former president Robert Mugabe was reportedly "rushed" out of the country after his health "suddenly deteriorated" two weeks ago. 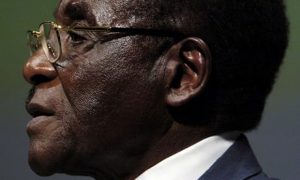 The privately-owned NewsDay quoted a highly placed source as confirming that the veteran politician was flown to Singapore for medical check-ups.

“He (Mugabe) slipped out of the country two weeks ago after his blood pressure suddenly rose to dangerous levels. He also had trouble with his eye which previously has been diagnosed with a cataract,” the source was cited as saying.

Mugabe, who was ousted from power in November, has in recent years made several trips to Singapore, a popular tourism destination, for undisclosed medical reasons.

In December 2017, he was spotted leaving a lift in Gleneagles Hospital in downtown Singapore, accompanied by at least eight people, according to AFP.

Mugabe ruled the southern African country with an iron fist for 37 years.

The nonagenarian has not made any public appearance since his press conference where he claimed that he was ousted by a coup.