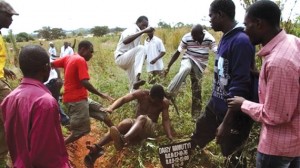 Section 53 of the Constitution remains a milestone in the fight against torture in Zimbabwe. However, there is need to take more action to prevent further occurrence of this heinous crime and to fully compensate victims.

Today, ZLHR remains concerned that the process of healing for victims and survivors of torture remains long drawn out, and there is generally lack of political will to put in place adequate measures to eradicate the pervasive culture of torture.

Although some favourable judgments have been handed down by the courts awarding some victims of torture monetary compensation for their pain and suffering at the hands of state actors, of great concern is the delays in the justice delivery system that has led to some victims and survivors waiting for many years to have their cases determined within a reasonable time. Further, delays in paying out the monetary awards by state actors have worsened the situation for victims and survivors.

ZLHR stands in solidarity with all the victims of torture, cruel, inhuman and degrading punishment or treatment who are yet to have ‘their day in court’ as the wheels of justice continue to turn slowly. Such delays can further fuel the culture of torture and impunity, as perpetrators are not made accountable, making it difficult for victims and survivors to move away from ‘horror to healing’ It is disheartening that while the government had accepted the recommendation to ratify the United Nations Convention Against Torture and Other Cruel, Inhuman or Degrading Treatment or Punishment and its optional Protocol in 2011 during the United Nations, Human Rights Council-led Universal Periodic Review Mechanism, this recommendation was again in November 2016 as it had not been implemented and unfortunately rejected by the government in March 2017. The recommendation had been made by several United Nations member states.

In the fight against torture, ZLHR urges government to:

Fully embrace the recommendations to ratify and domesticate the United Nations Convention Against
Torture and Other Cruel, Inhuman or Degrading Treatment or Punishment and its Protocol;

 Accept the outstanding request for a fact-finding country visit by the United Nations Special Rapporteur on Torture and Other Cruel, Inhuman or Degrading Treatment or Punishment to examine some questions relevant to torture;

 Align provisions of the Police Act with the Constitution to minimise cases of torture and take legislative and other measures to afford all law enforcement officers with training on human rights protection.

 Implement comprehensive reforms within the security sector to eradicate the occurrence of torture.

 Ensure full accountability of all perpetrators and guarantee redress and rehabilitation to victims including the establishment of a mechanism to ensure that monetary damages granted by courts in cases of torture are honoured timeously.

 Establish independent complaints mechanisms which afford members of public with a platform to report misconduct and torture offences against law enforcement agencies, security services or other offenders in line with the Zimbabwe Constitution.