The plight of refugees has become a pressing issue around the world, compounded by a growing flow of migrants seeking a better life in developed countries. 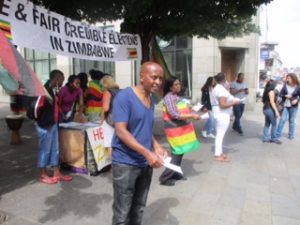 The British weekly political journal The Spectator today came out with a leading article addressing the matter head on (https://www.spectator.co.uk/2018/06/turning-back-boats-may-be-the-most-humane-response-to-the-migrant-crisis/). The article criticizes President Trump’s (now abandoned) policy of separating migrant children from their families but says the EU’s policy towards migrants is ultimately far crueller: ‘That is to tempt migrants into unseaworthy boats to cross the Mediterranean.’

The article notes that, according to the International Organisation for Migration, more than 3,000 people died last year attempting to reach European countries from North Africa by sea. It observes: ‘Migrants are taking the risks because, in the vast majority of cases, their journeys are successful — and if they land, they probably get to stay.’

Overwhelmed by the estimated 700,000 people who have landed on their shores over the past few years, Italians have now elected a right wing government which recently refused to accept a charity-run ship carrying 630 migrants fished out of the sea off the Libyan coast after they had been abandoned by people traffickers.

More than three years ago, horrified by the deaths of some 700 migrants from Africa, drowned when their rickety boat capsized in the Mediterranean, the Vigil came up with a possible solution. As we put it:‘creating a UN protection zone, perhaps in north Africa, where rescued migrants could receive food and medical attention, and indeed schooling, while their asylum claims for Europe could be processed.’ (See: http://www.zimvigil.co.uk/the-vigil-diary/683-let-them-drown-zimbabwe-vigil-diary-18th-april-2015).

Our suggestion was picked up by the German news agency and now, thousands of deaths later, the EU has begun thinking along the same lines. If the asylum system agreed internationally is to survive it must be separated from the question of economic migration.