One of the prominent artists in the Zimbabwe music industry, Sandra Ndebele has condemned government’s continued reluctance to come up with a National Cultural Policy, saying it is only giving lip service. 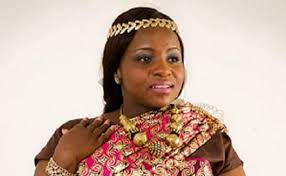 The ‘Malaika’ hit-maker, speaking during a Zanu Pf Youth Convention in Gweru applauded the government on the current support towards the arts industry through encouraging more local content on television and radio platforms, which has given opportunities to local artists but adding that there is still a lot to be done as artists need to benefit from their works.

She said government support through opening up of airwaves and television stations is essential in amplifying and enhancing the arts industry in the country.

“We still need more television stations and more community radio stations to further amplify our voices. “As creatives we have major challenges, challenges which we cannot address on our own without the government’s support and recognition.

“While we are still entertaining at many government and corporate events we are still a neglected lot,” Ndebele said.

She said artists are not just for entertainment but are part of an industry that can contribute to the nation’s GDP (Gross Domestic Product) citing examples of Hollywood, Nollywood and even the South African movie and music industries.

She said such industries are successful because they get continued support from their respective governments.

Ndebele went on to condemn government’s reluctance to enact a national policy to support the arts industry in the country.

“The proper growth of the arts in this country needs to be supported by policy, policies that prioritise the arts.

“Currently, we are a nation without the most important document as far as arts and culture is concerned, the National Cultural Policy.

“For years the arts sector has been promised this important document but up to now nothing has materialized,” she said.

“We need a cultural policy to guide planning and growth of the arts sector at national level with policies that protect the intellectual property rights of the creatives.

Ndebele denounced piracy and the abuse of female artists in the arts sector calling for government support and have an interface if need be.

“We do not want to see piracy with our music, films and books on the streets.

“We do not want our female artists across the board to be abused in the name of exposure.

“May we have city councils and government being involved in the making of the arts that sell our cities and country.

“We ask the government to have an interface with the creatives; I cannot speak for all but I believe we have so much to offer if we are given the recognition we deserve,” she said.

In response at the Youth Convention, President Emmerson Mnangagwa promised to support the arts sector in the country, a statement he reiterated during the offial launch of the Innovation Hub at the Midlands State University today (06 June 2018)

“I saw Sandra Ndebele talking on the arts and we are going to support you, as young men and women in the arts field,”Mnangagwa said during the Youth Convention.

The arts industry in Zimbabwe has for long been neglected with artists now and again crying of abuse by promoters especially in the performing arts while in other genres such as the visual arts they realise very little or no returns on their works.