UK based clothing tradeshow, Zimbabwe Fashion Showcase has announced the date for the highly anticipated fashion exhibition of the year. 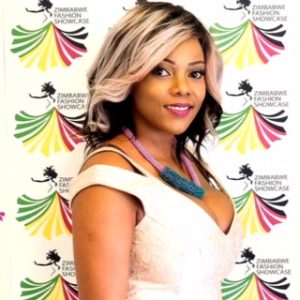 The event, now in its third year, will be held on 29 September in London.

Running under the banner, Zimbabwe 2030 – a glimpse into the future, the event will feature several designers and over 60 different designs.

Founder of Zimbabwe Fashion Showcase Chiedza Ziyambe, said she was thrilled to be back for another edition and that the ZFS platform was a great opportunity for rising designers to showcase their designs to buyers, the press and to the public.

This year the event will also feature other African designers who have been invited to showcase their work.

“We are now in our third year and our aim is to continue to promote upcoming designers and celebrate established designers from all over Africa as well,” Chiedza said.

“The emphasis or vision for Zimbabwe Fashion Showcase has always been about recognising and promoting the upcoming designer, giving them a platform to show the world their hard work, their talent and what to expect from them in the future,”

“This year the theme will focus on the future of fashion, particularly what Zimbabwe’s Fashion industry could look like in the next 10 years as seen through this year’s showcasers,” she added.

Ziyambe said that as Zimbabwe goes through a transition, now is the time to get involved and help revive the economy with innovative ideas. She added that there was a gap for rising designers to contribute immensely to the growth of the industry in the country and encouraged them to be a part of it.

“We want to see what the showcaser’s vision of Zimbabwe looks like in the years to come, interpreted by varying fabrics and ornaments. We want to be able to see elements that represent the future as bright, refined, and astounding – we want to see clothing that will represent ‘pastures new’.”

First held in 2015, the event highlights emerging African designers in the UK, mainly from Zimbabwe. It also features a select number of guest designers from Africa and other parts of the world, as well as designers whose work is inspired by African themes.

Over the years, prominent public figures and designers such as New York based Farai Simoyi and the Mayor of Birmingham have been in attendance.