UK aid agency, CAFOD, joins in the call for peaceful and fair elections 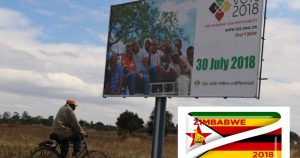 UK aid agency, CAFOD, calls on all those involved in Zimbabwe’s elections on the 30th of July, to demonstrate responsible leadership and do everything in their power to make the elections credible and successful.

“This is the most important election in the lifetime of many Zimbabweans, and they need to be free, fair, credible and peaceful”, said Dadirai Chikwengo, CAFOD’s Governance Advisor.

The country faces many challenges. Zimbabwe has been in economic and political crisis for nearly two decades. Unemployment is extremely high, and people are living with crumbling social services. It is hoped that these elections will play a key role in allowing the start of economic recovery in the country.

Chikwengo said: “Economic reform as part of the country’s recovery, must ensure the interests of the majority of Zimbabweans, and must support vulnerable groups, including women, children, the elderly, and people living with disabilities.

“Agricultural reform must have the right approaches for both small-holder farmers and large commercial farmers to move towards environmentally sustainable, regenerative and climate-resilient agriculture. This is critical for long-term food security of the country.”

In November last year, President Mugabe was forced to step down after 37 years in power. In a country which has a history of contested elections and violence around the polls, the main concern of faith leaders is a peaceful and democratic transition.

In a recent statement from the Zimbabwe Catholic Bishops’ Conference, the Bishops expressed their hopes for the future of the country:

“We believe, we hope, and we pray, that the coming elections will be such a moment for us all. Genuinely free and fair elections will return us to constitutionality and the ‘will of the people’…”

In the statement, the Bishops said that the elections were an opportunity for ‘opening the door to a new Zimbabwe’ – where politics is ‘collaborative and inclusive’ and not based on one or two ‘charismatic leaders’.

The Bishops called on Zimbabweans to put any ‘fear and disillusionment of previous elections behind them’, and to prepare for a future society Zimbabweans want to see.

“We need to look at the bigger picture. Ultimately what we are voting for is not this or that government, but rather a particular kind of society for ourselves and for our children.”

The Zimbabwe Catholic Commission for Justice and Peace will be fielding 700 observers around the country. The observers will be visible, wearing ‘I am a Catholic observer’ t-shirts, and will be supported by roving supervisors, mainly priests, who will attend to any issues raised as well as collect the observation forms for entry at each diocesan control room which will report into the national situation room on a regular basis.

“The world is watching these elections and we hope and pray that regardless of who wins, Zimbabwe’s road ahead is one to a prosperous, peaceful and democratic future.”