Shurugwi South parliamentary candidate Daniel Mabonga has come to the rescue of a bereaved family that lost one of its members during a crash at Boterekwa escarpment recently. Two youthful football players from Nhema village in Shurugwi died. They were traveling with 18 teammates from a soccer match. 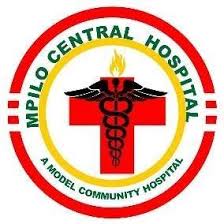 While one player for the Divison 3 side Super Stars, Aluwn Thembo, died on the sport, another victim, Chelton Munetsi, 19, was rushed to Mpilo Hospital in Bulawayo but later succumbed to head injuries. His body was kept at the hospital’s mortuary for over week as the family failed to raise funds to bring back the body to his rural home in Shurugwi.

Mabonga, who is contesting the Shurugwi South parliamentary seat as an independent candidate, provided the resources to have the body brought home and also footed all funeral expenses.

Wellington Munetsi, the father of the player, said:

“Yes, Mr Mabonga helped us a lot. I am not gainfully employed and so I did not even have money to pay for my son’s medical bills let alone have resources to bring his body home after he had died in Bulawayo. Mr Mabonga paid for the bills himself and provided cars that went to ferry the body. He also paid for all the expenses at the funeral like food and the casket we used to bury my son in,” he said.

Munesti urged other politicians to walk the talk and give practical solutions in communities they campaign to represent.

“We sent our distress call to all the parties and politicians but no-one bothered. It’s sad. What the other politicians just want are our votes but disappear in time of need,” he said.

Meanwhile, the MDC Alliance provincial rally that was supposed to be held at Tongogara shopping centre on Sunday flopped after supporters snubbed attending the event in protest over the alleged imposition of a parliamentary candidate for Shurugwi South. MDC Alliance national chairman Morgan Komichi and provincial chairperson Francisco Masendeke were scheduled to address the rally.