A transit base planned for Addis Ababa opens the way for inland states to compete with those on the coast. But neighbours aren't always easy. 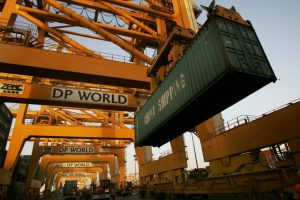 Ethiopia is to develop a container dock that will handle imports and exports for the region, despite the lack of a coastline.

The plan is a brainchild of Dubai firm DP World who run harbours around the globe including Maputo and a logistics centre in land-locked Rwanda that could serve as a template for the new project.

In 1991, at the end of a 30-year war, Eritrea gained independence from Ethiopia, taking with it the entire coastline. Former dictator, Haile Mariam Mengistu, fled Addis Ababa and was granted exile in Harare.

Ethiopia now relies on neighbouring Djibouti via a new Chinese-built rail line. However, Addis is working to develop a container dock at Berbera in Somaliland. Berbera will also be managed by DP World.

So could Bulawayo or Mutare serve as transit centres for the region? Both were developed as rail hubs, Bulawayo as part of Cecil Rhodes’ dream of a Cape-to-Cairo line, and Mutare to handle freight from Mozambique.

And both enjoy road and rail links all the way to the Democratic Republic of Congo.

MDC MP for Bulawayo South, Eddie Cross, who served as chief executive for the Beira Corridor Group, says the plan has potential.

“We think of ourselves as being a long way from the sea, but Zambia has far greater distances. So does a town like Kasane in eastern Botswana or the Caprivi region in Namibia,” Mr Cross told The Zimbabwean.

“But these things work best when private companies take the lead and, for now, I fear the climate in Zimbabwe is difficult. We all want to see a flow of capital, but we need a real democracy where property rights are guaranteed,” he said.

“Geography makes us ideal as a regional hub because we have five neighbours.”

However, there are lessons from the Ethiopian experience. Relations with Eritrea remain tense though there have been talks in the past few weeks on normalising the border.

Somaliland is not recognised as a sovereign state but has operated as one for almost 30 years and has recently enjoyed a surge of investment.

But it was Ethiopia’s reliance on Djibouti that came under the spotlight earlier this year when president Ismaïl Guelleh signed a decree to end DP World’s contract for the harbour near the capital, Djibouti City.

In June, DP World said it would not consider an out-of-court settlement and is suing to have the contract reinstated.

Mr Guelleh insists the firm had not fulfilled its obligations, a claim denied by the company.

It was after this fracas that Addis Ababa announced plans to also use Berbera, while talks with Eritrea could open a third route to the coast.

In 1976, Mozambique closed its ports to Rhodesia and it was reliance on South Africa that allowed Prime Minister John Vorster to force Ian Smith to accept black majority rule.

“Any country is better served when it has multiple routes to the sea,” Mr Cross said. “And being landlocked doesn’t mean you can’t be successful. Just look at Austria or Switzerland, even Rwanda.”

The dispute between Djibouti and DP World will be heard in a London court, and comes as Congress has questioned the viability of a US military base in the country given Mr Guelleh’s power to terminate contracts by decree.