Former President Robert Mugabe gave a rare public speech on the eve of Zimbabwe’s general watershed elections. The purpose and timing of the speech is still debatable among Zimbabweans. Yet the Oldman is still shameless, boastful and has no room for humility. 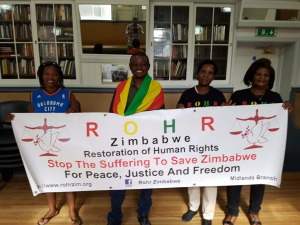 After years of ruining the country’s bread basket economy to a basket case of Africa and leaving most Zimbabweans in debilitating poverty, Mr Mugabe still amuses in unapologetic swagger. In his speech, Mr Mugabe made no apologies for the prevailing poverty in Zimbabwe, for the abductions and torture on many innocent civilians. Mr Mugabe missed the opportunity to say sorry for introducing divisive, tribal and toxic politics during his political era and for stealing the future of many jobless young people and school leavers. Mr Mugabe is still unrepentant and yet he could have seized the occasion to say sorry for Gukurahundi, Murambatsvina, Itai Dzamara, MDC tortures, abductions, etc.

Now Mr Mugabe has left us with a bankrupt Zimbabwean economy which everyone around the world frowns upon. Yet Mr Mugabe never referred to any of his past numerous mistakes. It was, and it is always somebody else’s mistake according to Mr Mugabe. At least this time, he did not shift the blame on the British!

Zimbabweans should unite and shun Mr Mugabe’s style of politics. We are one society and when we do something wrong we should have the decency to apologise to each other and seek reconciliation. We all learn from our past mistakes and the biggest mistake to happen in Zimbabwe was having Mr Mugabe as our president. If we fail to acknowledge that and fail to move on from such type of politics, it means the whole world will say to us “They have learned nothing and forgotten nothing”, Charles Maurice de Talleyrand-Périgord.