Zimbabwean opposition political parties and some pro-democracy campaigners have teamed up to challenge a petition filed by a registered voter who is seeking to bar the Zimbabwe Electoral Commission (ZEC) from releasing a voters’ roll bearing prospective voters’ photographs as stipulated by the law. 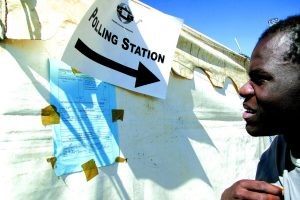 In an urgent chamber application for joinder to an urgent chamber application filed by Ethel Mpezeni, a
registered voter, the opposition political parties and the pro-democracy campaigners protested that they will be seriously prejudiced by the order sought by Mpezeni, who wants to bar ZEC from releasing a
voters’ roll bearing voters’ photographs.

The opposition political parties and the pro-democracy campaigners, who include MDC Alliance,
Renewal Democrats of Zimbabwe, People’s Democratic Party, Coalition for Democrats, National
Constitutional Assembly, Theresa Manase, Evan Mawarire, Harrison Nkomo, Jeremiah Bamu,
Douglas Coltart and Warship Dumba, argued that the order sought by Mpezeni will have a negative
implication on the credibility of the 30 July 2018 general elections, which in turn will adversely
jeopardise the prospects of economic recovery in Zimbabwe, which is dependent on the outcome of
the polls.

Mpezeni recently filed an urgent chamber application in the High Court seeking to stop ZEC from
acceding to demands by various political parties for the electoral management body to provide them
with a voters’ roll including her photograph or anyone else’s.
In her application, Mpezeni argued that the demands by the opposition political parties violated her
constitutional right to privacy.

Several political parties have asked ZEC to furnish them with a voters’ roll with photographs in line with the provision of section 9(c) of the Electoral (Voter Registration) Regulations of 2017. The political parties argue that provision of the voters’ roll in this format would enhance the transparency of the voters’ roll, which has been a hotly contested issue in previous elections thereby undermining the credibility of the outcome of past elections.

In the urgent chamber application filed by Denford Halimani of Zimbabwe Lawyers for Human Rights, who cited Mpezeni, ZEC and Justice Legal and Parliamentary Affairs Minister Hon. Ziyambi Ziyambi as respondents, the opposition political parties and some pro-democracy campaigners argued that it is in the public interest for ZEC to issue a voters’ roll with photographs to minimise areas of contestation after elections.

The applicants reasoned that the relief sought by Mpezeni is not in the public interest as it has the
effect of undermining widespread calls for transparency and integrity of the electoral process.
The pro-democracy campaigners and the opposition political parties argued that every election process
must be structured to ensure that only legitimately registered individuals who appear at the polls to vote are in fact who they claim to be.

This process, the applicants argued, helps to prevent electoral fraud because a photograph is a very
useful tool to verify the accuracy of the voters list, to check impersonation and to detect and prevent
multiple registration and curb presence of ghost voters.