It’s now two weeks before Zimbabwe’s historic harmonised election pencilled for the 30th of July 2018. The parties have been busy holding rallies across the length and breadth of the country with major highlights, on one hand being the MDC Alliance demonstration against the conduct of the Zimbabwe Electoral Commission (ZEC). 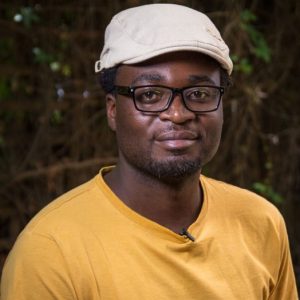 On the other hand ZANU PF‘s candidate Emmerson Mnangagwa had a nightmare of an experience when people walked out during his address at a rally in Bindura.  Party activists tried to downplay the events at the rally, but the visuals which circulated on social media showed soldiers trying to contain the crowds and stop them from leaving. Bad omen? We wonder.  In the analysis, some pundits pointed to two factors, one being the Mugabe factor which they argue that the former president still holds sway in the Mashonaland Provinces and as a result it will be a difficult game for ED to win the hearts of voters in those provinces given the forced ouster of Mugabe by the military.  Another thesis pointed to the tribal card which has had a historic impact on our body politics. The thesis suggests that Mnangagwa being a Karanga is not as popular amongst the Zezurus in Mashonaland provinces. However, only the results of the coming elections will give us the correct answers.

Back to the MDC Alliance demonstration, the party has shown their mobilising strength and capacity based on the thousands that turned up on the streets to protests against ZEC.  The demonstration was also another mobilising strategy for the party ahead of the elections.  While little has been achieved with these demonstrations, at least it is keeping ZEC under the spotlight as they have proved incapable of being a fair arbiter in the coming elections. The levels of partisanship especially with particular reference to the reckless utterances by a supposed to be independent chairperson Priscilla Chigumba clearly shows that the electoral body will do nothing to address the concerns being raised by the opposition. That as it may, pressure must be mounted from all angles and all cylinders in raising all the red flags associated with this election.  We do welcome the move by the MDC Alliance to engage the region as a strategy of piling pressure to the ruling government to adhere to the SADC Principles and Guidelines on the conduct of democratic elections.

The SADC observer mission has already indicated that the electoral environment is conducive for a free and election, but we wonder if at all they are giving an ear to the demands of the opposition and civil society. One thing for sure, Zimbabwe is going through a complicated transition which gives an impression of massive change from the Mugabe era, however,  little space has been opened up as the infrastructure of fear and intimidation is still intact in particular the rural areas. This is something which observer missions will not see with a naked eye, nor are the citizens in such areas willing to share their stories. Residual psychological fear and violence have taken precedence in many communities; as a result, it makes the environment the same.

This week also saw controversies around the postal votes with conflicting statements from ZEC and this signals the unpreparedness of the commission to conduct a credible election. If the events in Bulawayo are true then we might just have to forget of any outcome that does not favour ZANU PF.  We do hope that ZEC will put its house in order and deliver a credible election.

This edition’s main theme is centred on the media environment, and it brings you an analysis from Dr Admire Mare, a lecturer based at the Namibian University of Technology and ideologue Takura Zhangazha. The media environment in Zimbabwe remains polarised and it mirrors the national political landscape. The state media is still inclined to the ruling party, particularly Herald which has continued on a propaganda path favouring the ruling party, the private media has also been the culprit in one-sided coverage.

In this regard, Ideologue and seasoned blogger Cde Takura Zhangazha tackles the Zimbabwe Broadcasting Corporation’s editorial as it is not playing its true public service broadcasting role.

We have also published a paper done for CiZC by Professor David Moore from the University of Johannesburg when he looks back at the events of November 17 and the role of civil society.

In conclusion, we revisit the Zimbabwe Peoples Charter, which was debated and produced by the more than 3 000 representatives of workers, students, churches, business, women and youth organisations. The Peoples Charter remains a revolutionary programme for the masses and it still presents a framework of ideals, aspirations to attain the revolutionary struggle.

We remain fully committed to the charter, its contents as it aspires for a truly social democratic state.