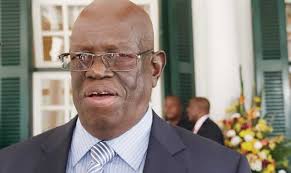 Because of its history, Zanu PF should never be trusted, and any leads to attempts to rig the elections should never be taken lightly – more so when the Chairperson of the has flagrantly violated both the law and the constitution of Zimbabwe in ways that favour the ruling party Zanu PF, and has unashamedly lied that she wore the famous Emmerson Mnangagwa scarf before she was appointed Chairperson of the Zimbabwe Election Commission, when the written text that accompanied the picture of her donning the scarf showed very clearly that she had already been appointed as Chairperson of ZEC.
An interesting revelation some of whose contents I want to share with the world is the disclosure by a Zanu PF insider who has spilled the beans on another of Zanu PF’s rigging strategy to be employed on polling day. The strategy involves deploying Zanu PF 3 Zanu PF agents to each polling station, so that one is played a distant from polling room on the route voters will use to enter the voting room; deploying another agent at the entrance of the voting room, and a third agent inside the polling room. Opposition parties must take heed – what does the law say about agents inside and outside the polling room? I would suggest the opposition parties also deploy and equal number of agents, and if the Zanu PF agents are allowed in all three places, deploy yours too, and only withdraw them if the Zanu PF agents are withdrawn. The United Nations must take note of this serious attempt to rig. I have copied this open letter which I hope will be published to the Speaker and Clerk of Parliament so that they can let President Mnangagwa know the attempts by his party to rig, if he is not part of the rigging strategy himself, so that he can take appropriate measures to bring his comrades who are trying to rig on his behalf to order.
In the disclosure, the Zanu PF agent says ZEC will be working hand in glove with Zanu PF to identify genuine Zanu PF supporters who will be given Presidential ballots only, so that Emmerson Mnangagwa will get three votes from each of the Zanu PF supporters. Again, this cannot be denied given Priscilla Chigumba’s failure to disclose her truthful association with Zanu PF. Opposition party agents must keep all eyes on the ball in this regard. The number of Presidential votes cast at each polling station should not be more that the number of voters who will vote at each polling station.
The information provided also inform that there will be deliberate efforts to delay the voting process in Harare and other MDC strongholds so that some MDC supporters do not get the opportunity to vote. This is a rigging strategy that has been employed before, and the United Nations and other observers must monitor this practice closely and be able to report objectively after the election. Opposition candidates who I believe are allowed to visit polling stations should also deploy themselves strategically to ensure that every polling station is covered and where such delaying tactics are employed, should call observers to take note.
There is also an allegation that if the opposition candidates don’t keep their eyes on the ball, some council and parliamentary ballots will be counted as Emmerson Mnangagwa’s votes. It is also alleged that attempts will be made to divert the attention of polling opposition agents by sending them text messages so that the rigging takes place when they are attending to the messages. Opposition parties must ensure that their agents are well briefed on that.
People power should also be employed to thwart Zanu PF’s rigging. Voters and even non-voters, non voters being those who were under the age of 18 when voter registration closed and those who were denied the opportunity to register, or were not interested in registering at the time, should camp within the allowed distance from the polling room and wait for the results at each polling station to minimise the chances of the Zimbabwe Elections Commission announcing the wrong results as happened in 2018. Once the results are posted.
Once bitten, twice shy. This is the Zimbabwe Zimbabwe should take a break from Zanu PF misrule. Enough is enough Comrades, let us unit to close all the rigging. In a proper election, Emmerson Mnangagwa will get the least votes of all the Presidential candidates, and Zanu PF should not be allowed to win a single sit in parliament.
The purpose of writing to the United Nations, which appears had been duped into believing that Emmerson Mnangagwa’s Government is capable according Zimbabweans a free and fair elections, is so that they can alert all foreign observers coming in to observe the elections of these Zanu PF shenanigans. Political parties should also take heed.
Post published in: Featured