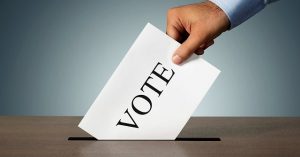 The world recently witnessed a successfully-run FIFA World Cup.  Everyone knew the rules, the referees were neutral and independent; no one knew who the winner would be.

In too many elections in Africa the opposite is true: Often the rules are made at the last minute and not sufficiently publicised, the referee, i.e. the body running the elections, is neither impartial nor independent; the outcome is often known.

What about the upcoming elections in Zimbabwe?

Are the Rules Clear and Known?

No they are not:

Is the Zimbabwe Election Commission Independent, Neutral and Impartial?

Only to some extent:

ZEC’s general obfuscation has not helped.  ZEC has taken weeks to answer questions raised by the public, if it has answered them at all, and at press conferences its spokespersons have given contradictory statements.

Is ZEC Ready for the Election?

That remains to be seen, but the auguries are not promising:

Integrity of the New Voter’s Roll

ZEC refused an external audit of the voters roll – as a result a number of different analyses have been made and although ZEC refutes some of the glaring disparities, the refutations have not been credible.  But instead of working through these  analyses to see what could be rectified, ZEC have said discrepancies either were non-existent, very few or were either a result of misinformation from the Registrar General’s Office or alternatively they referred discrepancies to back to the R-G.  As the whole exercise of a new voters roll was to avoid all the errors attributed to the R-G’s office in the past – this has not gone down well.

There were delays in the de-duplication exercise because of dilatory tender procedures.  Letters written to the chief executive officer, after a voters roll was made available to candidates and other stakeholders, asking whether the roll had been de-duplicated received no reply.

It is an unknown whether the wide range of errors claimed by various analysts could affect outcomes in key areas.

Nor is it known whether the roll has been tampered with.  ZEC admitted that it might have been hacked or that there may have been a leakage within ZEC, which are both criminal offences and should not be left to an internal ZEC inquiry but should be properly investigated by the police.  It is something observers should look into.  The SADC guidelines for observers specifically say [section 1.9] that the increasing use of technology in elections mean that observers should have capabilities on their teams to look into accusations of this sort.

Of utmost seriousness, the MDC Alliance and key civil society observers claim they have not yet been supplied with the final version of the voters roll.  This is in total defiance of the Electoral Act

There was lack of transparency in the format, printing, chain of custody and transport of ballot papers.  ZEC had the constitutional discretion to make this process open, but refused to do so.  But on the other hand they were willing to break the Electoral law in the design of the presidential ballot paper – giving an unfair advantage to the ZANU-PF candidate.

To regain people’s trust, ZEC must surmount its history in previous elections, when its questionable conduct and lack of transparency were used to ensure the ruling party’s electoral dominance.

The current President is perceived as having played a leading role in winning past elections for Mugabe by illegal means and by unleashing violence, and he is now at the helm.  He has stated he wants free and fair elections, but has enough been done to dismantle past machinery and habits?

The judiciary has not helped to build trust in the electoral system.  Public-interest court cases to ensure transparency and to build up trust in the electoral system have been contested by ZEC and the government or by ZANU-PF, and courts have dismissed the cases on obscure technicalities which ensure that bias and lack of transparency remain entrenched.

According to a survey by Afro Barometer, 45% Zimbabweans thought that incorrect electoral results would be announced.  Only 53% of respondents thought ZEC neutral.  A survey by the Zimbabwe Council of Churches showed 59% of registered voters thought much of the rigging during election was done by ZEC.

Does Each Party have an Equal Opportunity of Winning?

Use of State Resources by One Party

A court case to stop the abuse of school property for political purposes and the bussing of school children to ZANU-PF rallies was won, and applauded by the UN.  But ZANU-PF appealed and won their appeal.  What does it say when one party feels it cannot go into an election without using government property [Zimbabweans pay taxes to government not to the party] and when it has to bus school children to swell numbers at their rallies?

Use of government vehicles, breakdown services, petrol allocations, helicopters etc by the ruling party needs to be looked into.

The conflation of the ruling party and the State has led to traditional leaders being issued with new vehicles and other perks in exchange for political support. For many years it has been made clear to them that they are expected to get their communities to vote ZANU-PF.  As they live in communities and know most of what goes on, they wield a very big influence over voters.

This is especially strong in rural areas where a whole community probably vote at one polling station – lessons of past retribution have been well learnt.

Oppressive laws governing access to information, public order and security and interception of communication are still on the statute books and have a chilling effect on opposition discourse.

The publicly-owned media – ZBC, ZTV and the newspapers published by Zimpapers are outrageously biased in favour of ZANU-PF.

In can be concluded that the opposition continued to face a persistent organizational and resource disadvantage against a State-funded/assisted ruling party.

As in many post-liberation war countries, there is an embedded military presence in all arms of government.  Victory for the ruling party in past elections has been attributed to the role of the military.  Military involvement in government culminated last year in the replacement of President Mugabe with the military’s choice, President Mnangagwa.

How much will the military be a factor in these elections?

Will the Election Results be Verifiable?

Will everyone be able to see that the elections have been verifiably conducted according to the Constitution so that the outcome is acceptable to all?  Regrettably no, because ZEC has shown so little transparency that there cannot be sufficient criteria for verifiability.