Zimbabwe and Zambia have agreed to build a $4.5bn hydroelectric scheme where the Zambesi river crosses their borders. 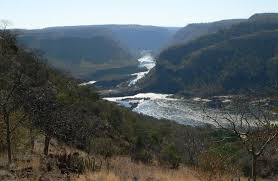 If they go ahead, the Batoka Gorge project would generate 1.6GW of electricity, or about a third of the two countries’ combined generating capacity.

The project has moved forward following an offer by the African subsidiary of General Electrics to develop the scheme on a build, operate, transfer basis.

President Mnangagwa of Zimbabwe told a Zanu PF rally in the Chipadze Stadium earlier this month that the project had his blessing and that of Zambian president Edgar Lungu, and that other companies were in the running to build it.

He said: “We have the Batoka Gorge project along the Zambezi River; the feasibility studies have been completed, and there are three companies that are applying to do the project and we are assessing their capability.

“Next week, I would be sending my experts on the project and President Lungu will also be sending his team of experts so that they collectively work on the intricate details.”

The plan is thought to be for two power plants, each with an installed capacity of 800MW, one on the Zambian side and another on the Zimbabwean side of the border. The dam would be 181m high, and would hold back 1.7 billion cubic metres of water. The construction period is expected to be between 10 and 13 years.

The idea of building a dam at the Batoka Gorge was considered in the 1990s but was abandoned following vigorous protests by communities in the area, about 54km downriver of the Victoria Falls. The area is not densely populated, but it is considered one of the best rafting rivers in the world and is a centre of the southern African tourist industry.