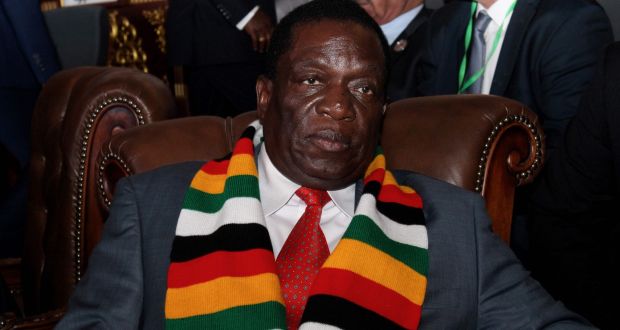 Compared with previous years, Zimbabwe’s electoral environment has improved ahead of this month’s crucial general election, but civil society fears its overall credibility will be undermined if outstanding reforms are not introduced.

While the pervasive state-sponsored violence and intimidation that undermined past elections has yet to materialise, the attempted assassination of Zimbabwe’s president, Emmerson Mnangagwa, last week has underscored the situation’s fragility.

Despite the bomb attack at a ruling party rally in Bulawayo on June 23rd that killed two of his bodyguards and injured 47 other people, Mnangagwa has insisted the July 30th poll is on course to be free, fair and credible.

International observers from the West are monitoring the poll for the first time in 16 years, and their stamp of approval is essential if the country is to secure much-needed international investment to kick-start its economy.

However, on Thursday the Crisis in Zimbabwe Coalition warned that much more must be done for the poll to be deemed credible.

The independence of the Zimbabwe Electoral Commission, which is tasked with overseeing the election and its outcome in a non-partisan manner, is a major concern for the coalition of civil society groups.

The coalition warned that the military and security agencies have infiltrated the body, and accused the electoral commission of only making “piecemeal” and “inadequate” electoral reforms so far, when significant changes are needed to level the election’s playing field.

During the coalition’s press conference in Johannesburg, South Africa, Human Rights Watch’s Dewa Mavhinga said that although Mnangagwa has pledged to deliver a credible election, it was not clear whether he was “walking the talk”.

“The challenge which we have put to his administration is to outline the concrete steps that will deliver credible and fair elections,” he said.

Aside from its concern about the military’s influence on the election, the coalition is also worried about the make-up of the 5.6 million people voter roll, and Zanu-PF’s use of tribal chiefs to facilitate a patronage system in rural areas designed to secure it votes.

In June the electoral commission denied that up to 15 per cent of its employees were also members of the military, and challenged those making the claims to prove them.

Following the concerns raised by the coalition, Zimbabwe’s vice-president, Constantino Chiwenga, also tried to dispel fears about the military’s ongoing involvement in suppressing the will of the people.

During a public lecture at the University of Zimbabwe on Friday the former general insisted the army would not carry out another intervention similar to the one that saw former president Robert Mugabe forced out of office last November.

Harare-based social justice activist Dirk Frey said his information suggested that so far the run-up to the election was very different to what had been witnessed in previous polls.

“There appears to be a lot less intimidation of ordinary people by Zanu-PF and the military around how to vote. Social media is pervasive in most communities and what is being said about campaigning is largely positive,” said Frey.

Frey added that where violence had erupted recently, it was mainly between opposition parties seeking to capitalise on their new-found political freedom to canvass openly.

According to Zimbabwe’s News Day newspaper in March, at least 112 parties had registered to contest the parliamentary election, while 23 candidates are vying for office in the presidential race.

Of these, the main opposition Movement for Democratic Change has splintered into hostile factions because of infighting between party members.

Linda Masarira, who is seeking to become an MP in the Harare Central constituency for a Movement for Democratic Change faction led by Thokozani Khupe, said her colleagues were attacked by supporters of a different MDC group last month.

“We are not being allowed to campaign in some areas by MDC supporters who back different party leaders,” she said.

Frey believes that rigging the election result will be the main threat to the poll’s credibility, and that the electoral roll has been manipulated by the ruling party to facilitate this.

“In Mount Pleasant [a Harare suburb] we counted between 600 and 700 people signing up to vote during the registration process, but when the voters’ roll came out, there were over 5,000 people registered to cast their ballots there,” he recalled.

“If this happened in Harare, what happened in rural areas where there were few people observing the process?”