HARARE (Reuters) - Zimbabwe’s election, the first since the removal of Robert Mugabe in a de facto coup last year, has in some cases been “very smooth”, in others “totally disorganized”, the European Union chief observer said on Monday, with voting still under way. 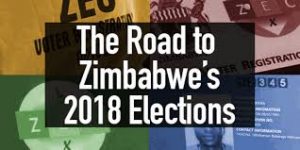 Elmar Brok said many voters, particularly young women, had left voting queues in frustration at long delays, and that his mission had not yet reached a conclusion on how to judge the vote. Voting was due to finish at 1700 GMT.

The main opposition candidate, Nelson Chamisa, earlier on Monday said there was an attempt to “suppress and frustrate” the vote in urban areas where he has strong support, without giving any evidence.