Even with the remaining challenges, there are tangible signs that things are set to improve 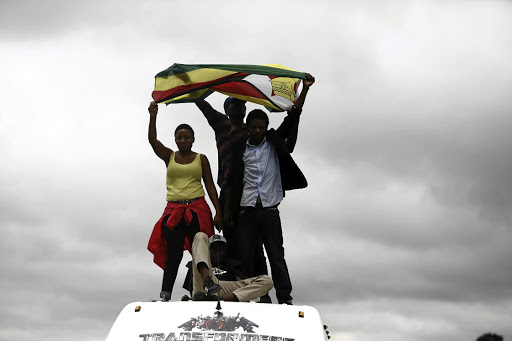 We are now into the eighth month of the new dispensation in Zimbabwe but what, if anything, has changed on the ground? My immediate response is: sentiment. Compared to a year ago there is a tangible feeling, at government level and in the private sector, of hope and excitement as to what the future holds.

A friend involved in the Zimbabwean financial services sector recently noted that he hadn’t seen this much business traffic in Zimbabwe in 20 years. This is certainly evident when travelling through Harare’s airport, and by the number of meetings we are having in the capital.

Previously, flights were not full and most passengers were locals, shoulders slumped, trudging to the departure gate with a look of resignation on their faces.

Now flights are crammed with eager businesspeople keen to see what is going on, and in many instances, aiming to get a foot in the door. Smiling locals now walk tall.

While it’s easy to read too much into flows of business traffic, a contact in the property management business surprised me recently by saying that of the 85 properties he had on his books for rent in January, only 13 were left, the majority having been let to recent arrivals.

THE TWO BIG IMPEDIMENTS ARE THE ELECTIONS AND CURRENCY ISSUES. ELECTIONS NOT A CONCERN BUT CURRENCY NEEDS TO BE SORTED OUT.

With the scrapping of the indigenisation laws, the government’s willingness to meet with foreign investors coupled with the government’s consistent messaging, and an apparent $15bn lined up in commitments and sovereign debt forgiveness on the cards, it does finally seem that Zimbabwe is open for business and set to boom.

The two impediments remaining are the elections and the currency issue.

In terms of the elections, I am not concerned. The two major parties know the economy is the number one issue, and rather than populist rhetoric, campaigning is primarily aimed at how to make Zimbabwe an attractive investment destination. There is a subdued security presence, notwithstanding recent attempts to destabilise the elections, and no word on the street of intimidation, contrary to previous elections.

The currency issue is more nuanced and revolves around the availability of cash. Zimbabwe dollarised in 2008 on the back of a worthless local currency. But given outflows of cash and the previous dispensation over-issuing treasury bills, the country began to experience cash shortages in 2014.

As things stand, the currency issue is an impediment to investment. However, news is filtering through that a facility will soon be made available to allow the government to settle the outstanding arrears that will once again allow it to access international lines of credit. This, coupled with anticipated debt forgiveness, should all move to ease the situation and allow investment to flow.

Even with the remaining challenges, there are tangible signs that things are set to improve. We have seen an uptick in instructions relating to Zimbabwe, notably in the renewable energy space, where solar seems to be particularly thematic. The $1.4bn 600MW Hwange coal-fired expansion project, which we advised on recently, closed and broke ground.

The United Arab Emirates recently announced it will establish a full embassy in Harare and signed a double tax treaty and bilateral investment promotion and protection agreement with Zimbabwe. A similar agreement between Mauritius and Zimbabwe is likely to be ratified soon. There have been visits from institutional investors based in the US, with my sources indicating that post-election, significant investment from the US can be expected, perhaps to counter China’s growing interest in the country.

From the South African side, Alexander Forbes has extended its footprint into the country. Leading the charge on the development finance institution front, CDC alongside Standard Chartered recently announced a $100m investment facility to grow businesses, making it the largest investment in Zimbabwe’s private sector in many years.

Finally, not to be forgotten is the local business community that has survived the most challenging circumstances and, in the right environment, will surely blossom. Added to this is the diaspora, who have acquired skills and capital that could have a substantial impact on Zimbabwe’s recovery.

So if you ask me if there is a new dawn in Zimbabwe, a country through which all major regional transport links pass and that is at the centre of the regional power grid, my answer is a resounding “yes”.

• Colegrave is a corporate lawyer and director at Norton Rose Fulbright Africa. He recently returned to live in Zimbabwe after years abroad.