Harare — A row has erupted over the order in which the names of Zimbabwe’s 23 presidential candidates taking part in elections at the end of this month, will appear on the ballot paper. 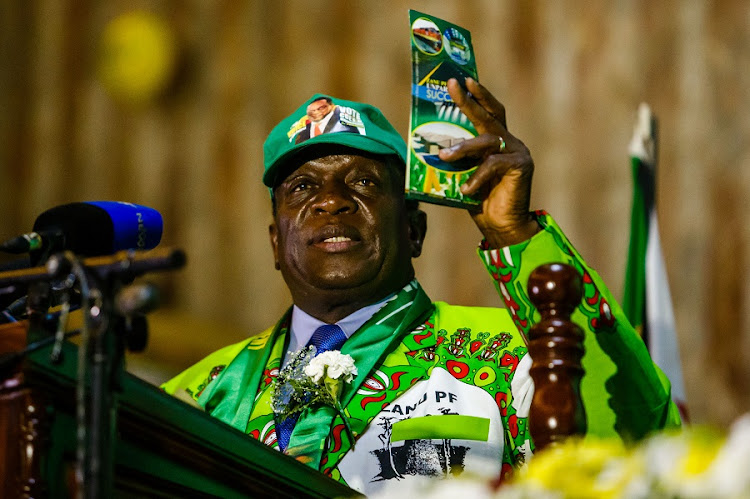 Zimbabweans go to the polls on July 30.

President Emmerson Mnangagwa’s name is one of those which will appear at the top of the ballot paper.

The main opposition, the MDC Alliance led by Nelson Chamisa, widely tipped to present the biggest challenge to Zanu-PF’s Mnangagwa, has claimed that the order of the ballot paper was deliberately designed by the electoral commission to favour Mnangagwa, so he is at the top of the ballot paper.

The printing of the ballot paper is currently underway and began on Friday last week.

Jameson Timba, Chamisa’s chief election agent told a news briefing that the electoral commission should stop printing the ballot paper immediately and redress the anomaly. “We demand that the printing currently taking place, without consultation with stakeholders as previously agreed, be stopped. In this regard, we will be calling for the convening of the multi-liaison forum where all political parties meet with ZEC so that we can determine the way forward.”

However, Priscilla Chigumba, the ZEC chairwoman said the commission was within its rights to determine the order of the ballot paper.

“According to section 239(g) of the constitution, the designing and printing and distribution of ballot papers are the sole responsibility of ZEC. Anyone else other than the ZEC demanding to be involved in these functions directly or indirectly is deemed by the commission as one attempting to grab powers and independence of the electoral management body,” she said.

Political observers said there appeared to be little the MDC Alliance could do to reverse the printing process and threats to boycott the election would “be self-defeating and hollow”.

In the election, 55 political parties are contesting the harmonised elections that will see about 5.5-million voters choose representatives for council and parliament seats, as well as the country’s president.

Schools in Zimbabwe will close early on July 26 to make way for the use of schools as polling stations on voting day.

A UN spokesperson in Harare said the court ruling was in line with the convention on the rights of children. “The UN emphasises that schools be havens of safety and children must continue to have uninterrupted access to basic social services.”