Harare - The United Nations (UN) called for restraint while human rights organisations demanded a probe into the army following the deaths of at least three civilians in the violence trailing Zimbabwe’s divisive elections. 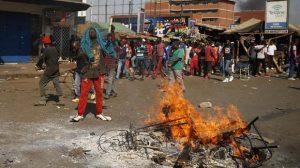 Protests and subsequent deaths in the capital Harare are the aftermath of vote rigging claims against the Zimbabwe Electoral Commission (ZEC), raised by the opposition Movement for Democratic Change (MDC) Alliance, and sentiments by some international observers that the poll was flawed.

Soldiers opened fire on citizens and protesters that were also enraged by delays in announcing the winner of the presidential poll held on Monday.