Crisis in Zimbabwe Coalition unreservedly condemns the continued clampdown on opposition and civil society activists in the aftermath of the July 30 2018 elections whose results are largely contested. 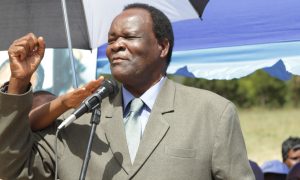 Following the announcement of the results, ordinary Zimbabweans took to the streets to protest against electoral fraud and the State responded by using brute force and about 7 people were shot by the military in the capital, Harare.

After the brutal killings, the army was also deployed in high density suburbs such as Chitungwiza, Mbare, Dzivarasekwa and Kuwadzana where they terrorized residents and at one point, a journalist from the private media was detained for covering the army assaults on innocent civilians.

State security agents have also launched a clampdown on opposition and civil society activists some of whom have been forced to flee their homes.

CiZC has recorded several cases of raids at the homes of civil society activists and on August 8, 2018, three suspected state security agents and a policeman clad in uniform visited the CIZC offices and later drove off after about 30 minutes after failing to gain entry.

The intention of the state is quite apparent.

The situation in rural areas is tense as well with reports of intimidation and clampdown on opposition supporters coming in from various areas.

Arson attacks have also been recorded in areas such as Mutoko and all this points to a desperate attempt by the state to instill fear among Zimbabweans at a time the results of the July 30 election, which we maintain were a sham, are being challenged in the Constitutional Court.

So desperate is the regime that they have resorted to intimidating lawyers representing opposition leader, Nelson Chamisa who is seeking to nullify results of the just ended election.

From events that obtained before, during and after the elections, it is quite apparent that intimidation, rigging, terror and murder remain Zanu PF’s weapons of retaining power.

It has to be noted that prior to the elections,  a senior Zanu PF official, Josiah Hungwe openly revealed that Emmerson Mnangagwa would go to an extent of shooting to retain power and the events that obtained after the July 30 elections in Harare just confirm the assertions by Hungwe.

Murder and intimidation of innocent and unarmed civilians have no place in a modern democracy and CIZC is deeply concerned Mnangagwa has failed to walk the talk on his pledge to uphold democratic values.

Events currently transpiring in Zimbabwe point to a regression to the Mugabe era characterized by arrests, torture and murder of opposition as well as civil society activists .

Contestations around the just ended election have perpetuated the constitutional crisis and democratic deficits in the country and this is worsened when state security agents and the military are unleashed on civilians seeking to protect their vote.

CIZC maintains that the current crisis in Zimbabwe calls for regional, continental and international intervention.

As CIZC we will intensify regional advocacy campaigns as a way of bringing the Zimbabwean crisis to the attention of the international community.