First, it was the unleashing of the war instrument, the army, on protesting civilians armed with stones and shouting voices. Next, it was the police announcement that it was looking for a leader of the Movement for Democratic Change (MDC) Alliance, Tendai Biti, for questioning, a man whose phone numbers and residential addresses are well known, even in South Africa. 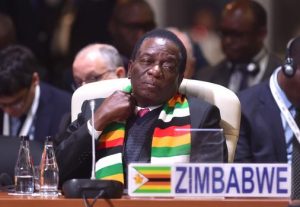 Then Biti fled to Zambia to seek political asylum, which was denied by the Zambian government because it thought Biti was a fugitive from the law. President-elect Emmerson Mnangagwa, aka the crocodile, announced that as a result of his intervention, Biti was released from jail for $5000 (R70450) bail.

Then Biti’s lawyer and long-time legal defender of MDC activists, advocate Nqobizitha Mlilo, is said to have been detained.

Compounding this, the US President Donald Trump administration decided to tighten up on its sanctions on the country. What is happening in Zimbabwe? The hope for a peaceful co-existence between civilians and armed forces, between political enemies, and an era of peace and development, as well as a period of rebirth and reconstruction, may have come to an end sooner than expected. Has Mnangagwa’s charm offensive since November been that and nothing more?

An African proverb goes: “However long a crocodile stays still under murky waters, it does not become a log of wood.” The animal remains a dangerous crocodile even if it projects itself as a harmless piece of wood.

The ugly forces that did horrible things under Mugabe cannot be hidden for long.

Mnangagwa has done a decent job leading the new narrative on Zimbabwe over the past eight months, ushering some hope and optimism.

However, the election revealed his government has not changed, and doesn’t have the interests of Zimbabweans at heart. We have been quickly reminded that it is the military that engineered the changes in November, not civilians or even persons with a history of commitment to democratic popular change.

Mnangagwa has been a crocodile among the hyenas, vultures and hawks behind Zimbabwe’s governance crisis since the early 2000s.

He has tried to present himself as a mere piece of wood carrying hopes for a better future since November but the crocodile has shown itself.

Mnangagwa was Mugabe’s right-hand man for four decades. However, after his firing at the instigation of the Grace Mugabe-led G40, the military panicked, fearing that its leaders would be axed next, and launched a “soft” coup, placing him at its helm.

Because the Zimbabwean military has mastered the art of running operations from behind big civilian leaders, it would not conduct a fully-fledged coup, which would have meant military generals taking the lead.

The power of working behind others guarantees influence and power without responsibility and accountability. It is Mnangagwa rather than the military that is called to account for the soldiers who shot at civilians during the Harare protest during the elections.

He leads as a civilian face of a military-directed situation. His talk is sweet, his smiles assuring and rhetoric reconciliatory, but he is leading a government in which a tough military has a huge influence.

Even his assurance that he intervened in the criminal justice process to get Biti out of jail, is talk that conceals a concerning admission, namely, the president can intervene with the rule of law. Biti must face the law if there is a case against him but he must not be subjected to intimidation and harassment.

At the World Economic Forum in January, Mnangagwa’s message was “Zimbabwe is open for business”.

Even more daring as the talk about ending the indigenisation policy and to reverse land reforms.

Many have been impressed but a serious commitment to democratic change is not about convincing investors, finding friendly countries to trade with or mere country prestige.

It is rather about redefining Zimbabwe as a home for all its people, commitment to justice, inclusion, fairness and prosperity for all.

The largely peaceful manner in which the elections were held was commendable, however, the darker underbelly of the new state revealed itself in the end.

The crocodile is lying deep in the murky waters of change, trying to project itself as a harmless piece of wood.

* Professor Siphamandla Zondi is a professor at the Institute for Strategic and Political Affairs at the University of Pretoria.

** The views expressed here are not necessarily those of Independent Media.