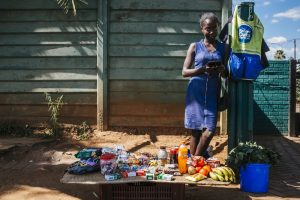 EU and U.K. emissaries met senior members of the ruling party and the opposition in the past 10 days to discuss the proposals, according to three people familiar with the talks who asked not to be identified because they aren’t authorized to speak to the media. The arrangements would mirror the system in Britain, where the leader of the opposition and his chief whip are paid by the state, they said.

The measures would reinforce the governing Zimbabwe African National Union-Patriotic Front’s claim that it’s dismantling former President Robert Mugabe’s autocratic regime and is serious about wooing investors to help rebuild an economy devastated by a failed land reform program. They may also assuage anger among supporters of the opposition Movement for Democratic Change, particularly if they fail in their legal bid to overturn the outcome of the vote.

The Constitutional Court on Wednesday begins hearing the MDC’s case against the election results — a bid that may fail on technical grounds, according to Zanu-PF and MDC lawyers who’ve read the court documents but asked not to be identified because they’re not authorized to speak to the media.

According the MDC greater respect would enable Zanu-PF to quieten future dissent in the capital, Harare, where a majority of the 4 million inhabitants support the opposition, they said. A crackdown on Aug. 1 by Zimbabwean troops on opposition supporters protesting President Emmerson Mnangagwa’s election victory left at least six people dead.

Zanu-PF indicated its willingness to work with the MDC and agreed that the state should pay its leader, Nelson Chamisa, as the official head of the opposition, the people said. Still unresolved is whether Chamisa will agree to the proposals. As recently as Aug. 20, he was calling for Mnangagwa to negotiate a gracious exit and admit the election was rigged.

So far, Mnangagwa hasn’t been involved in the talks because western diplomats are confident he doesn’t need persuading to relinquish the near-absolute power Zimbabwe’s ruling party has held for almost all of the past 38 years, the people said. Instead, they’ve wooed his deputy, retired General Constantino Chiwenga, a Zanu-PF hawk.

They’ve had some success, the people said. Chiwenga last week agreed that an “official opposition” was acceptable and that its leader should hold a recognized, paid position in Zimbabwe’s parliament.

Until the November ouster of Mugabe, Chiwenga had been a life-long soldier and it was his military that orchestrated the army intervention that toppled the former autocrat in an operation dubbed “Operation Restore Legacy.”

The “legacy” Chiwenga sought to restore was Zanu-PF’s, the people said. The military argued the party had taken a ruinous path, plunging the country into a series of economic crises over two decades that shuttered factories, resulted in 90 percent of adults being unemployed and led to critical cash shortages.

Secret meetings between the two parties, mainly on farms outside the capital, haven’t included Chamisa, though many in the MDC concede the European plan is likely the best currently on offer, the people said. Chamisa remains unconvinced, they said.

— With assistance by Brian Latham