I wanted MDC Alliance to win. I wanted MDC to win the ConCourt hearing. I want the court to show that it could be impartial and was prepared to stand up against an oppressive regime. 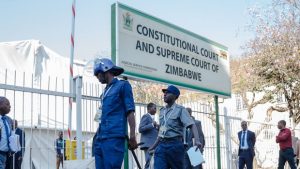 Of course, as I am a believer in democracy and the rule of law, what this really comes down to is that what I wanted was for the court to follow the evidence in finding that the elections were rigged.

I cannot pre-empt the court’s finding – that is due out tomorrow. But now, my big fear is that the court WILL actually follow the evidence. I fear that because, actually, the evidence presented before the court by MDC did NOT support its contentions of vote-rigging. On the contrary, the opposite was shown. MDC produced no factual evidence supported by credible source material, and such evidence as it did present was shot to bits by counsel for the respondents (ZEC, ZANU PF and others).

The MDC’s case was so bad that in a normal court of law, the judge would find the respondent/defendant had no case to answer. I stand to be proven wrong – I really hope I am – but I cannot believe that any impartial court could find for MDC. So it does not matter whether the ConCourt is pro-government or not, and it will not be required to prove its impartiality to the world. Indeed, if it finds for MDC it will prove that it was not impartial, and that it was actually pro-MDC.

I am at a complete loss to understand how Chamisa and his South African so-called legal ‘experts’ could have prepared a case so badly. Every trainee lawyer (never mind qualified one) is taught at his cradle that just about the biggest sin you can commit is to file and serve documents out of time. Any trainee would have told MDC that you cannot go to court on vague allegations. That, if you want to win in court, you have to produce specific facts, and you have to back them by using unarguably credible sources.

MDC’s lawyer was right to point out the lack of time they had in preparing the case. But that does not excuse serving out of time – or, in this case, filing so late in the day that it was impossible for the Sherriff to serve in time. Nor does it excuse failing to take steps that were utterly obvious and required little intelligence, for instance, an application to the court for an order to open the ballot boxes, an affidavit from the EU specifying the polling stations that had failed to post V11s, no documentary evidence of complaints to the media about unfair reporting, no documentary evidence about collusion between Mnangagwa and ZEC, etc., etc., etc.

Nor does it excuse taking the wrong figures on which to base its allegations of missing votes – that is an appalling error.

Now, I do not believe Chamisa is stupid (but perhaps he is and we have not realised it yet!). Nor do I believe his lawyers were so utterly incompetent. So what was his real plan? Was it to deliberately lose the case and then claim the court was biased? Thus giving him the excuse he is looking for to start an insurrection or a revolution?

I sincerely hope not, but time will tell……………… Or let’s hope for a miracle, and that the court is so pro-MDC that it finds in MDC’s favour despite its failure to prove its case. But of course, that would be as bad for Zimbabwe and the court itself as being deliberately pro ZANU PF.