In trying to avoid responding to the Electoral challenge lodged by MDC Alliance Presidential Candidate Nelson Chamisa, Zanu PF's Secretary for Legal Affairs, Munyaradzi Paul is reported in a local weekly as saying that the documents for Mnangagwa were submitted to the wrong office. 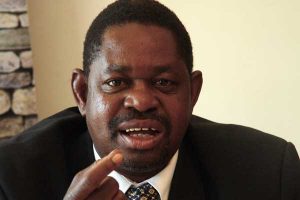 In the process, he proved to be ignorant of the laws of the country as Section 9 (1)(g) of Statutary Instrument 61 of 2016 relating to delivery of Court summons clearly states that “If the person to be served is the President, Vice-President, Speaker of Parliament, President of the Senate, Prosecutor General, Attorney-General, Clerk of Parliament or any other entity referred to in the rules, by delivery to his or her office”.
It was correct, therefore, that the petition be delivered to Emmerson Mnangagwa’s office. Emmerson Mnangagwa should be careful who to trust discharging duties, because when a qualified lawyer like Munyaradzi Paul Mangwana does not understand such minor issues, then there is no point of him holding any public office, including being Secretary for Legal Affairs for Zanu PF.
As explained by George Charamba in the same weekly newspaper that reported Munyaradzi Paul Mangwana’s statement, Emmerson Mnangagwa is still the President of Zimbabwe, albeit by default, following what could be an intentional error by Priscillah Chigumba in announcing the disputed results of the 2018 harmonised election.
Post published in: Featured