ZIMBABWEAN authorities have suspended a nurse from employment after she allegedly criticised the ruling ZANU PF party for authoring the country’s agonising economic and political crisis. In a letter written on 03 August 2018 to Senzeni Klaasen, Dr Lenos Samhere, the District Medical 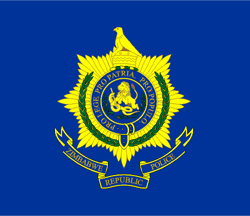 circulated on social media uttering what hospital authorities considered to be some “abusive” words.
According to the purported audio clip, Klaasen allegedly accused ZANU PF party of causing the mass
exodus of Zimbabweans who were going to neighbouring countries in search of greener pastures and
seeking medical treatment in countries such as South Africa.

In suspending Klaasen, Samhere charged that he was implementing the provisions of the Health
Service Regulations of 2006, which provides that a disciplinary authority may suspend from service a
member who would have committed an act of misconduct or is subject to a criminal investigation or
prosecution and whose continued attendance at work would seriously impair the proper administration
or functioning of the Ministry of Health and Child Care.

Meanwhile, Klaasen has engaged lawyers from Zimbabwe Lawyers for Human Rights (ZLHR) after a
Zimbabwe Republic Police officer reportedly called her relatives requesting to be furnished with
information concerning the whereabouts of her children in a very suspicious manner.