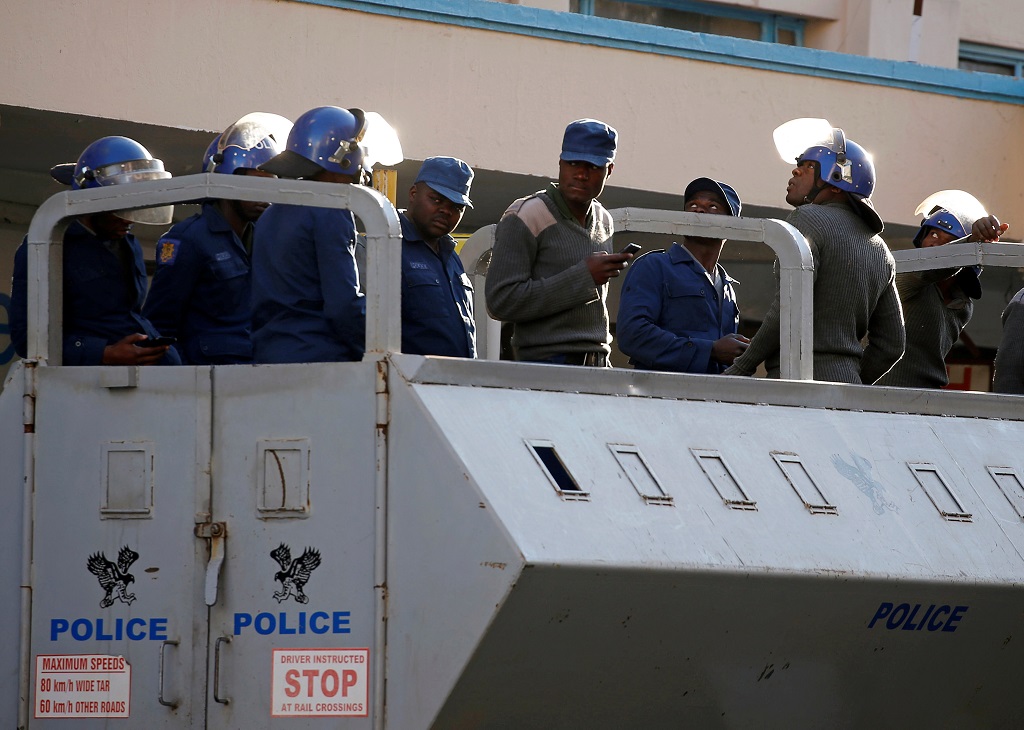 Police in vehicles patrol the area a day after the clashes between security forces and opposition protesters in Harare, Zimbabwe, August 2, 2018.

HARARE – Zimbabwe police have sealed off the headquarters of the opposition Movement for Democratic Change (MDC) and 27 party employees carrying out voter tabulation were locked inside, Secretary General Douglas Mwonzora said on Thursday.

Three people were killed in Harare on Wednesday as soldiers dispersed stone-throwing opposition supporters who accused the ruling party of trying to rig Monday’s presidential election.

Zanu-PF has won most of the National Assembly seats.

Presidential results are yet to be announced.