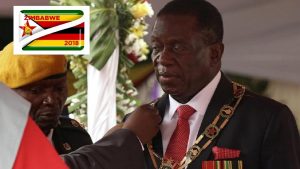 The opposition earlier on Friday said it would respect the unanimous ruling by the constitutional court. The new statement now says the decision entrenches “an illegitimate regime.”

The statement also says in the coming days the opposition will announce a “vigorous program of action in response to this electoral theft of the century.”

While the statement calls on Zimbabweans for calm, concerns have been high about possible unrest. Mnangagwa’s inauguration is on Sunday in the capital, Harare.