No wonder the endless problems! 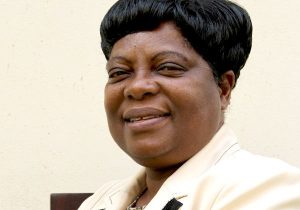 As Zimbabwe lays to rest another ZANU PF-declared national hero, the late Thokozile Angela Matutu, one can not help but be bewildered as to why this regime pays more respect to human heroes more than it does Jehovah God.

As much as we truly respect and honour these gallant men and women who fought and lost so much in order for this country to be free from colonial rule, we need to always acknowledge that there is a greater power who has sovereign reign over this great nation.

I personally also have my own heroes in my life, such as my mother who carried me for nine months in her womb and sacrificed so much in raising me, as well as my father who played a pivotal role in moulding me into the man I am today, and then my wife who is my best friend and the pillar of my life.

However, no matter how much I love, respect and honour these very important people in my life, there is someone else I regard even more highly, and has sovereign rule over all aspects of my life – Jehovah God, through His Son Christ Jesus.

In all things that I do, think or say, God has be at the forefront, and my works should show His unparalleled glory and greatness at all times.

Without Jehovah, even all these people in my life that I so dearly love, respect and honour would mean nothing.

The same principle should apply to any nation, especially our very own Zimbabwe.

Any right thinking person would greatly appreciate the work and sacrifice our gallant heroes put into the attainment of this country’s independence, and what ever role they played in its development.

Of course, the officially declared heroes are just but a small portion of this country’s heroes, as most of them have been deliberately wiped out of the nation’s history – especially the bulk of ZAPU and ZIPRA forces, whose role has been gravely belittled, as well as mostly rural folk who bore the brunt of the liberation struggle, even more than the combatants – since the whole selection process is partisan and clearly biased.

Additionally, those who have contributed significantly to a post-independence Zimbabwe’s development, such as Jairos Jiri – whose work with the disabled is unsurpassed – and Solomon Mutsvairo – who penned the words for our national anthem – and many others, were conveniently ignored.

Nonetheless, no matter what feat any human being has achieved, the greatest honour, respect and worship should be accorded to the Almighty Jehovah God, who is the true author and finisher of anyone’s, or any country’s, destiny – for no one can achieve anything noteworthy without His blessings and anointing.

As such, what type of a nation would want to move forward and be prosperous – in peace and unity, where there is justice and genuine equality – without giving the Alpha and Omega, the author and finisher of our race in life – Jehovah God, through His Son Christ Jesus – the highest honour in the land?

As we witness in Zimbabwe, there is no genuine recognition of Jehovah’s supremacy over all things in this country.

In fact, despite a half-hearted mentioning of a nameless ‘Almighty God’ buried somewhere towards the end – in the 10th and 12th paragraphs – of the Preamble of our country’s constitution, there is hardly any reference to God in the Founding values and principles (Section 3).

However, liberation struggle heroes and heroines are honoured at the very top of both the Preamble and the Founding values and principles.

In fact, the call for the nation to respect veterans of the liberation struggle is mentioned several times in the constitution.

As the regime seeks to deminish the role and place of Jehovah God in our nation, one wonders just how serious we are in wanting Zimbabwe to move on the right path – or will we forever move blindly into peril after peril?

What is more bewildering is that these so-called men and women of God – prophets, apostles, pastors and priests – seem to see nothing wrong with this anomaly – as they would rather endorse those in power, as they    dine and wine with them, without expressing any reservations on the status quo.

Maybe, it should not be that shocking after all, as these charlatans are merely self-appointed men and women of God, who have no desire at all of truly serving Jehovah, but are there to enrich themselves by stealing from the already suffering people of Zimbabwe, and also endearing themselves with those in power so as to receive favours.<

As much as we do have globally recognised holidays Christmas and Easter – themselves rituals of pagan origin, which were merely sanitized to make them appear Christian – Zimbabwe needs a regime that seriously honours Jehovah God by having our own national days set aside specifically to honour and worship Him as a nation.

If president Emmerson Dambudzo Mnangagwa truly wants to portray himself as God sent, then he needs to show it – as, Jehovah does not anoint anyone for their own personal glory, but everything that leader does should be for the glory of God.

Leading a nation towards God is more than just inviting a pastor or priest to give a Bible reading and prayer at some state function!

Just as in biblical times, kings appointed by Jehovah had to lead their entire nation towards God – and that involved activities, laws, rituals, and others that were meant to glorify God, and God only – not for a leader or a political party.

Similarly, we need to see a truly God-anointed leader in Zimbabwe who actively leads the people into fearlessly and boldly worshipping and honouring Jehovah in its national agenda and programs.

Why are so-called Christians so weak and cowardly in proclaiming that Jehovah is God, and leading nations towards Him?

Moslems worship their Allah far much more genuinely and zealously than us Christians, as they even declare their countries to be ‘Islamic republics’ whose every aspect is based on the Koran.

If we do not want Jehovah God to be the sovereign leader over our nation, then let us be open and honest, and cease being hypocritical by always hiding behind, and abusing, His name for political expediency.

Without making a deliberate decision for the nation to be truly led by Jehovah, we would all be wasting our time with all sorts of prayers that we may make for Zimbabwe.

Jehovah needs to at the centre of our nation, or else the problems we are facing today will never end.

Without a truly God anoited leader – who leads the whole nation towards Him – injustice and suffering will always be the order of the day – as a nation not led by Jehovah is led by someone else – Satan the Devil – who is there to steal, kill and destroy.

° Tendai Ruben Mbofana is a social justice activist, writer, author, and speaker. He is the Programmes Director with the Zimbabwe Network for Social Justice (ZimJustice). Please feel free to contact him – (calls ONLY): +263782283975, or email: [email protected]. Please also ‘Like’ the ‘ZimJustice’ page on Facebook.
Post published in: Featured