ZIMBABWEAN authorities on Monday 03 September 2018 intensified their crackdown on opposition MDC Alliance party members after arresting leaders of the opposition party’s Youth Assembly and charged them with committing public violence. 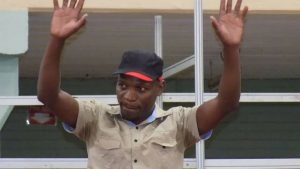 ZRP officers accused Chidziva, who is represented by Jeremiah Bamu of Zimbabwe Lawyers for
Human Rights (ZLHR) of contravening section 36 of the Criminal Law (Codification and Reform) after
he allegedly incited his MDC Alliance party supporters at a political rally held in July 2018 in Gweru in Midlands province to protest against an unfavourable election outcome and that they should defend
their vote if Zimbabwe Electoral Commission (ZEC) rigs the election in favour of ZANU PF party.
ZRP officers also charged Mubaiwa and Madya, who were represented by Nontokozo Dube-Tachiona
and Gugulethu Mahlangu-Simango of ZLHR, with committing public violence as defined in section 36
of the Criminal Law (Codification and Reform) Act.

The police officers claimed that Mubaiwa and Madya committed public violence when they participated
in a demonstration held in early August to protest ZEC’s management of the July 30 harmonised
elections. Chidziva, Mubaiwa and Madya, who are detailed at Harare Central Police Station, are
expected to appear in court on Tuesday 04 September 2018.