A United States official in Zimbabwe has reportedly said sanctions against the southern African country could be lifted if the landlocked nation strictly adhered to its 2013 constitution. 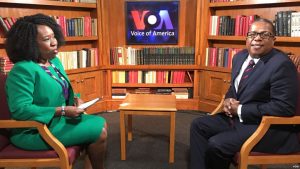 According to New Zimbabwe.com, US ambassador Brian Nichols said his country was only going to lift sanctions against Zimbabwe once there was an improvement on human rights and the full implementation of the 2013 charter.

Nichols also said that his country was prepared to offer technical assistance to the country in the realignment of 27 laws to the 2013 constitution.

According to NewsDay, the new law, which amended the Zidera of 2001, would effectively extend US sanctions against Zimbabwe.

The two countries have had a huge fallout after the European Union and the United States imposed sanctions against Zimbabwe in 2000, as they accused ex-president Robert Mugabe of trampling on human rights, rigging elections and repression of press freedom – accusations that the nonagenarian denied.

The sanctions led to devastating economic challenges, with the country reportedly now sitting with about 85% unemployment.