“Zimbabwe: Rising from the Ruins?” at the Royal Geographical Society, London 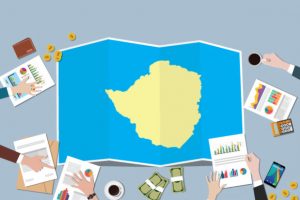 “Zimbabwe Rising from the Ruins?” is the theme of a presentation by high-profile speakers on the latest developments in Zimbabwe, hosted by the UK-based Mike Campbell Foundation at the Royal Geographical Society in London on Tuesday 9 October 2018 from 7-9pm.

The evening will be chaired by The Hon. Kate Hoey MP, Chairman of the All-Parliamentary Group on Zimbabwe.
The speakers will discuss the extraordinary events that led to the de facto coup on Wednesday 15 November 2017, resulting in the ousting of President Mugabe and take-over by former Vice President Emmerson Mnangagwa, who had earlier been forced to flee the country.

Since then, the country has been through a turbulent period, despite President Mnangagwa assuring the international community at Davos in Switzerland during January this year that Zimbabwe is “open for business”, which continues to be his mantra.

What does the future hold as Zimbabwe faces a myriad of problems that include economic chaos, a US$20bn debt, rising prices, unemployment exceeding 90%, a toxic and capricious government environment, shortages of wheat and other commodities, another serious outbreak of cholera, typhoid and a collapsed infrastructure?

Can Zimbabwe rise from the ruins?

One encouraging development that the presentation will cover is the appointment of Mthuli Ncube as the new finance minister. Ncube, who waschief economist and vice-president of the African Development Bank, has a PhD in mathematical finance from Cambridge University and is well respected internationally.  Much will depend on the amount of leeway he is given.

Tickets cost £15 and £5 for students. Doors open at 6.30pm and refreshments will be on sale before and after the event.

Brief background information on the speakers/…

BACKGROUND INFORMATION ON THE SPEAKERS

Fergal Keane OBE, currently the BBC’s highly acclaimed Africa correspondent, has reported from some of the world’s major trouble spots. His awards include an OBE for services to journalism, a BAFTA and Amnesty International’s Reporter of the Year. He is the author of nine books and co-author of one.

Chief Nhlanhla Felix Ndiweni succeeded his late father as Paramount Chief of Zimbabwe’s Ndiweni people in 2014.  He was sent to London in 1981 to study engineering, management/local governance and law. He is committed to bringing independence and an end to poverty to his people through individual property rights.

Dr John Sentamu, the Archbishop of York and an MCF Patron. He studied law in Kampala before becoming an advocate of the Supreme Court of Uganda. He was imprisoned briefly by the regime of President Idi Amin and fled to the UK in 1974. In 2005 he was appointed Archbishop of York.

Ben Freeth MBE focuses on the restoration of justice, human rights, the rule of law and property rights for all in Zimbabwe.  His presentations on the situation in his country are highly regarded and he has testified twice before the House of Representatives in the U.S.  He has authored two books.

Gift Konjana MP has been jailed 36 times by the Mugabe regime in his quest to bring justice and hope to oppressed Zimbabweans.  In a traumatic saga reminiscent of a thriller novel he was elected as an MDC Alliance MP in the July 2018 elections.

Kate Hoey MP was a member of the first British Parliamentary delegation to Zimbabwe in 1990 and is Chair of the All-Party Parliamentary Group on Zimbabwe. She was an outspoken critic of former President Mugabe and was threatened with jail after her under cover visit to the country in 2005.