Its  time for country   to tap on the abundant sunshine; many proponents say 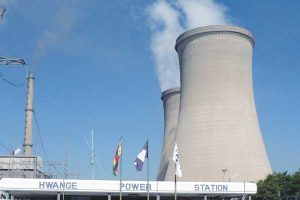 Various stakeholders in the sustainable development sector in Zimbabwe have highlighted that its now time Zimbabwe should begin to seriously consider using other renewable forms of energy like the abundant solar energy, instead of the continued use of dirty fossil fuels like coal and diesel.
The calls for the transition to renewable energy forms like solar, wind and biogas are coming amid reports that Zimbabwe under the Hwange Colliery company has planned the building of 15 new coal plants, of which six are reported to be in the pre-permit stage. This is also happening at a time the country is grappling with the effects of climate change and the use of coal fired plants reportedly exacerbate carbon emissions into the atmosphere.Tendayi Marowa, Vice Chairman of the Business Council on Sustainable Development Zimbabwe (BCSDZ) technical committee on energy and climate change said that the biggest emitter in the country was Hwange power station.
Marowa said the deforestation rate was very high and afforestation was very low. Trees are very essential to remove carbon dioxide from the atmosphere. Carbon emissions contribute to climate
change.

He emphasised the need for   Zimbabwe to now focus on available and cheap forms of renewable energies like solar power which are readily available and to now start minimising use of coal fired thermal power.
“We have 16 mega megajoules daily of solar power in Zimbabwe, which is three times the global average which offers us the opportunity to minimise our energy poverty in the country. This also
offers an opportunity for our industries to consider using solar and not put too much reliance on the national grid. The energy mix should now consider the use of solar energy,” Marowa said.

Isaiah Nyakusendwa, Chairperson on the Renewable Energy Association of Zimbabwe (REAZ)   also highlighted that Zimbabwe had 16 to 20 megajoules per square metre per day of solar and there was a lot of unexploited solar energy in the country.
He gave the example of a solar plant at Mutoko which he said was now feeding into the national grid. He also added that the Zimbabwe Defence Forces (ZDF) was working on completing a 100MW solar project to boost power supply in the country.

Tawanda Muzamwese, Director of the Business Council on Sustainable Development Zimbabwe said that solar technologies were now being encouraged at companies in Zimbabwe to supplement energy. He said that it was time to unleash solar power potential.
Ronan Bescond, Managing Director of Total Zimbabwe (PVT) LTD said that his company had recently completed a solar power plant project in Burkina Faso at a gold milling plant. He also said that the company was planning on bringing the same initiatives to Zimbabwe. According to Bescond, Total Zimbabwe has plans to solarise at least 75 of its fuel stations in the country.

Dr Joseph Kuhudzai, Group Sales Manager for Distributed Power Africa (DPA) company, a member of the Econet Group said that his company which is a subsidiary of the Econet mobile communications company was working on installing solar-powered generators to reduce the use of diesel-powered generators which increase more carbon emissions into the atmosphere. Kuhudzai said that it was no longer sustainable to add more coal plants at Hwange power station. He said that there was now need to drive solar and other forms of renewable energy to meet energy demands in Africa at large.
He added that renewable energy projects were quicker to role out and cheaper. His company had installed a 100KW plant at Econet in Msasa, Harare which was powering commercial ovens at the company kitchen.  “There is now need to cut the dirty production from coal at Hwange and accelerate the adoption of solar energy,” Dr Kuhudzai said.

His company was also planning to install a 100KW solar plant at Hwange. He added that the national power grid in Zimbabwe was now very old with very low voltages and solar systems would balance the grid.
Coal increases greenhouse gas emissions and that is the reason why more proponents are calling for the quicker and cheaper way of tapping on the abundant sunshine in the country. In Zimbabwe, the private sector and other energy associations are beginning to appreciate the need to shift to other forms of renewable energy. However, there seems to be a slow pace from government’s side in stopping new fossil fuel projects. There is now hope form the proposed   Renewable Energy policy on the stable which is giving new hope that there could be regulatory framework to intensify the use of reliable and clean forms of energy unlike coal.

Dr Christopher   Mabezah, a Climate Expert in Zimbabwe said it was rather tragic that Zimbabwe was still relying on coal when it has abundant solar energy. He said that it was now necessary and possible to advance the rural electrification project    using solar energy. He said it was also very expensive to use thermal power. In Zimbabwe he also said that Hwange   and Munyati power stations were the biggest emitters. However, he lamented the fact that he was not seeing the authorities in Zimbabwe discarding the use of coal any time soon and described it as tragic especially with the abundance of solar energy at the country’s disposal.