The announcement by the head of the air force of Zimbabwe that command agriculture will continue concerns the MDC. 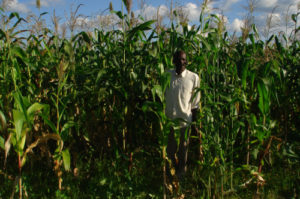 The announcement was made through an extra-legal institution with no such mandate; addition of de-facto responsibilities to the military is not only a violation of the constitution but compromises any efforts of institutional reform in Zimbabwe. We are also concerned with the implementation of the scheme through murky institutions which will not be accountable to the people of Zimbabwe through parliament.

Dirigisme as an approach is a failed and archaic model which chokes creativity and stinks of rent seeking interests.  As a model it is also opposite and contradictory to the so called “open for business” slogan which of course is already suffering from lack of a supporting plan.

The MDC is fully conscious of the background of command agriculture, it started off as a factional project driven by the Lacoste front man Mnangagwa. It was clear then as it is now that it is a version of state capture in Zimbabwe.

The cancer reached unacceptable levels with over 250 million dollars spent on the project, the MDC refers to official figures released by the Ministry of Finance in its latest fiscal statement. It is clear from the statement that command agriculture is one of the biggest drivers of the ballooning debt. It is therefore shocking to learn of its continuation before the 2019 budget is presented.

We take this opportunity to remind those driving the program that it is only parliament which must approve appropriation laws. Any announcement from powerful oligarchs is undue influence on parliamentarians and compromises the right to representation for the people of Zimbabwe.

The MDC is aware that the 2017 version of command agriculture was implemented in collaboration with Sakunda representing the interests of Trafigura. There is a likelihood that as capture continues, the same culprits will enter into another murky agreement with government.

The ministry of Agriculture will remain bystanders while the military will be at the core of its implementation against the dictates of the National Constitution.

The government runs a budget through the consolidated revenue fund from which all legitimate activities of the state must draw resources.

Our biggest concern is that the financing of Command Agriculture is done parallel to the legal framework of the consolidated revenue fund of which oversight is in the hands of the people of Zimbabwe through their elected representatives in Parliament.

Command Agriculture eliminates the role of Public Accounts Committee and the Budget Committee which are important committees in respect of expending tax payer’s money.

The bypassing of these committees is the reason why the Auditor-General’s report revealed a plethora of irregularities.

The terms and conditions of the loan extended by Sakunda are, up to now, unknown, the interest rates are obscure and the time frames a mystery. With this backlog of problems, the people of Zimbabwe cannot be taken for a ride by allowing an extension.

Under normal circumstances, institutions set out by the Constitution to combat corruption must come into action, it is apparent that the Anti-Corruption Commission is also a captured institution which ironically turns a blind eye to the massive rot in the State.

The MDC will deal with this issue in parliament and in the streets. The time for games is coming to an end. Zimbabweans must come on board; collectively we can stop the rot.