Crisis in Zimbabwe Coalition (CiZC) has noted with concern the continued use of excessive force by the government of Zimbabwe in handling civilian affairs. The police and the army continue to use force against unarmed civilians seeking to eke a living out of vending in a failed economy. 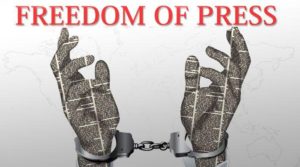 Failure by the government to build a competitive and responsive economy, resulting in infrastructure decay leading to the recent cholera outbreak which the government has been trying to blame on vendors.

On September 29, 2018 CiZC Advocacy Officer, Conrad Gweru was brutalized by armed police who accused him of taking pictures of them assaulting public commuter crews in the capital. He was detained for two nights and is currently out on bail after the State charged him with disorderly conduct.

Gweru is among a host of ordinary citizens and journalists who have been victimized by the army and police since government launched a ‘crackdown’ on vending in the capital.

Continued disregard of fundamental rights and freedoms by the government is a cause for major concern as the government is supposed to protect all its citizens, irrespective of socio-economic and political standing.

The army and the police have emerged as the major perpetrators of rights violations and this is coming at a time President Emmerson Mnangagwa has instituted a highly questionable Commission of Inquiry to investigate the shooting of civilians by the army after the much disputed July 30, 2018 polls. This throws into doubt his rhetoric that his administration will break with the dark past.

Prior to President Mnangagwa’s address to the United Nations General Assembly on September 26, 2018, we highlighted as CiZC that Zimbabwe had largely failed the litmus test in as far as creating peaceful and equitable societies was concerned.

We reiterate our call for a broad-based multi-stakeholder approach in responding to the crisis of governance and legitimacy bedeviling Zimbabwe.

We further call upon the progressive forces within and outside Zimbabwe to insist upon the demilitarization of the Zimbabwe polity and a return to constitutionalism as a panacea to the multifaceted crises the country is facing.