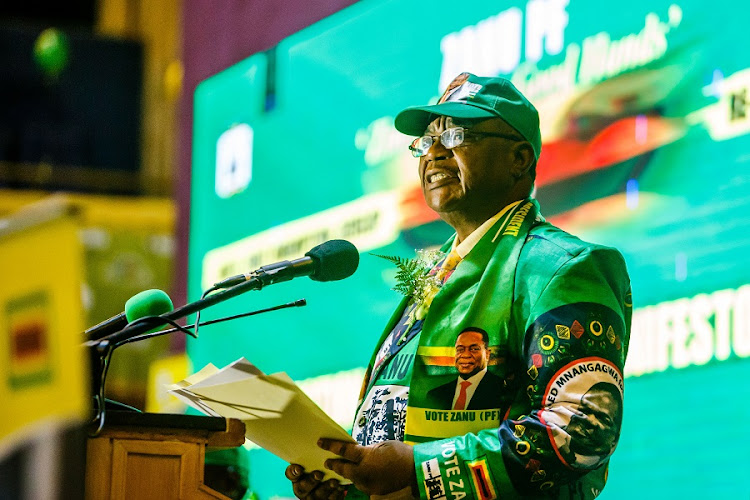 Zimbabwe’s vice-president and foreign affairs minister, who have been reported to be seriously ill, are receiving treatment in SA as their country’s crippled health sector is facing a critical shortage of medicine.

Vice-president Constantino Chiwenga and foreign affairs minister Sibusiso Moyo are both former army generals who were promoted to the top government posts after playing crucial roles in last November’s “soft coup” that led to the ousting of Robert Mugabe.

They have both been tipped as next in line to succeed President Emmerson Mnangagwa.

Government officials in Harare spoke out on Chiwenga and Moyo’s health after speculation that they had died. Spokesperson George Charamba told journalists in Harare at the weekend that Chiwenga was in Pretoria.

“So he [Chiwenga] flew out last Tuesday alongside his wife who was also due for a review in SA, where they then went for medical checks.”

Charamba said Chiwenga was also receiving treatment for injuries sustained during a bomb attack in Bulawayo in an assassination attempt on Mnangagwa in June.

Moyo was also reported to have been admitted to a Pretoria hospital. There were no specific details on the primary ailments of Chiwenga and Moyo.

The trips to SA come as the plight of ordinary citizens in need of healthcare has taken a turn for the worse in Zimbabwe. Drugs for treating chronic diseases such as cancer and diabetes have disappeared from pharmacies. Some pharmacies have closed while most of those open are refusing to accept the local bond note currency.

The country’s minister of health and child care, Dr Obediah Moyo, confirmed the crisis, saying the government had managed to secure only $7m of the $29m required for importation of drugs.

A Cholera crisis that had appeared to be subsiding last week, claimed five lives in rural Buhera, bringing the death toll from the disease to 54. About 10,000 people have also been treated for the disease, which broke out soon after the country’s July 30 elections.

Zimbabwe’s high-ranking officials are known for seeking treatment abroad and Mugabe was notorious for regularly flying to Singapore for basic health services because the country’s hospitals are in a dilapidated state.