An Electoral Court ruling which confirmed Dexter Nduna as the representative of Chegutu East, a constituency which he lost even by the hostile ZEC's own account is day light robbery. 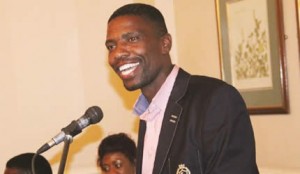 The judgement marks a sad development for democracy.

It exposes the judiciary and removes confidence of the citizen. When the courts become the robbers, where do we go for redress?

The Judiciary is the soul of constitutionalism, its decisions must be just and fair. Citizens who approach the courts must do so knowing justice will be served without fear or favour.

Judgement passed must be based on the strength of one’s case. Put differently, it must be based on the merits. This is an electoral issue, an exercise meant to find out if the will of the electorate has been correctly pronounced. Anything else is therefore a misdirected process.

When ZEC admitted that Dexter Nduna had been awarded votes belonging to the MDC, then the case was over.

We have however made the point consistently that elections in Zimbabwe are compromised by three things: Capture, Coersion and Corruption.

When capture sadly affects the judiciary then there is a serious problem. The courts are supposed to be beyond reproach like Ceasar’s wife.

The Judge was more concerned about the form and font of the application and not the votes of thousands that had been stolen. Even when ZEC had admitted an error, the Judge still managed to give Zanu PF something from nowhere. This is double bad.

She then spend time blaming the lawyer. An injustice is an injustice regardless of the lawyer. Judges are adjudicators of disputes not examiners who award marks to the quality of lawyers.

Judges must stop blaming lawyers for their bad judgements.

Even the EU observer report mentions the deficiency of the courts in dealing with disputes including pre-electoral matters which were dismissed on technicalities.

In our Plan and Environment for A Credible Election (PEACE) we raised the importance of independent dispute resolution mechanisms of electoral disputes.These mechanisms largely include the courts.

The rules of the electoral court have not been made and standardised.

It raises questions on the Chief Justice. What kind of Chief justice fails to ensure standard practice for something as important as an election.

A chief justice who is more interested in eviction of vendors sitting outside the courts while failing to deal with the substance of justice inside the courts is not well cut out for office.

He is fast becoming the worst Chief Justice this country ever had. The electoral courts must have standard rules in line with the constitution.

We restate President Chamisa’s five point plan, part of which entails dealing with impediments to a credible election.