The MDC is irked by the decision to appoint Kudakwashe David Mnangagwa on the National Building Society Board. 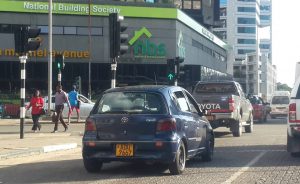 Just like any other form of corruption, nepotism has no place in a Democratic society. We have made the point of a total failure to break from the past by the regime.

In previous arrangements, we witnessed appointments of President Mugabe’s kins and folk into influential positions including the appointment of both Bona Mugabe and her husband to state institutions.

The MDC in the SMART document argued then, as we do now, that combating corruption and parastatal reform is part of rethinking the state in an endevour to create a modern functional state.

We are of the view that the NBS must be concentrating on a radical housing program specifically for Development and Urbanisation of Rural Areas (DURA).

Appointing a Mnangagwa to the board will not help this cause. As a NSSA-owned bank, a clear appointment criteria must be used and appointments must be made public.

In our SMART document we suggest public interviews for appointments of this level.

We also restate that NSSA reform is imperative to ensure the commercial section brings back profits to the core business of paying out pensions, we find this kind of corruption to be an impediment.

More importantly institutions meant to combat corruption must investigate these kinds of decisions.

The Judiciary, National Prosecuting Authority, Zimbabwe Republic Police and the Anti-Corruption Commission must be strengthened and their independence guaranteed in line with reforms outlined in President Chamisa’s five point plan.