It must be nearly 25 years ago that this incident occurred. It did not get the publicity it deserved. 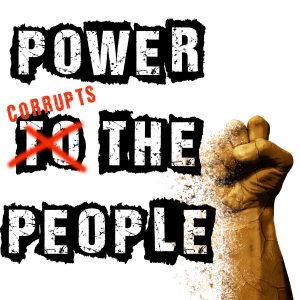 In those days, co-operative, locally-based rural banks were seen as an important element in development of the country. One of the first ten was set up at Zvipani business centre in Hurungwe. The Minister responsible for this project was invited to officially open the bank.

The event was advertised as starting at nine o’clock. This gave the local community plenty of time to come from the whole district because everybody knows that if the Minister is due to arrive at 9.00am, you can be sure the “Honorable” will not be there before 11.30.

I passed through Zvipani that morning at about 8.30 and found the place in complete confusion: THE MINISTER HAD ALREADY ARRIVED! Such an event had never been heard of before, so everyone was rushing around trying to keep the Minister entertained until noon.

But when you stop to think, you realise that in a normal country, officials, right up to the highest – the Queen of England or the President of Germany – are polite and consider the convenience of their people enough to always keep appointments punctually. It is only in places run by gangsters – the US of A , Zimbabwe, the Philippines – that one of the perks of office is the freedom to inconvenience and insult the people who pay your salary through their taxes.

In 1993 we could still joke about this, but now we have seen that every time they get away with anything, however small, they are encouraged to try a bigger scam next time. And so we had Willowgate, Gukurahundi, the farm invasions, Murambavanhu and a string of more or less bloody, but certainly rigged elections.

This happens because power is like a drug; take a little of it and you are hooked. That means you develop a craving for more and more of it, unless everyone around you is alert enough to restrain you at the first sign of addiction.

That is why, in our Constitution, we need to define exactly what every official may and may not do and how we are to deal with him or her if they step the slightest little bit out of line.

If we want to protect our own peace and freedom, we must watch every official closely and act immediately if they overstep their powers; it doesn’t matter whether the official in question is a junior cop who bends the law slightly to collect a small bribe, a President who wants to extend his term in power or put a lot of his relatives on the government payroll, or a Reserve Bank governor who robs us by issuing so much funny money that the dollar in your pocket loses half its value. They all need to be challenged if we value liberty and our dignity. The list of possible tricks is too long to list here; many are matters of common sense, some demand a detailed knowledge of the Constitution.

A good general rule is: don’t obey anyone who can’t prove they have authority to give the order. Resisting them is not as difficult as you fear. I know; I have tried it. If you show you know the law, they often cave in. For practice, if a cop orders you to do something or starts questioning you, refuse until he shows his police ID and you can write down his name, rank and number. If he is honest, he is pleased because this protects him from false accusations. If he isn’t, he will fear you because you show that you know how to report him if he abuses his power.

The same is true of every other official. In a democracy, they would be pleased that we are all aware of our rights. In a tyranny, they try to hide everything from you because nothing they do will stand impartial scrutiny.