I had a very moving moment at the Kgalema Montlante Commission of Inquiry at Rainbow Hotel in Bulawayo. 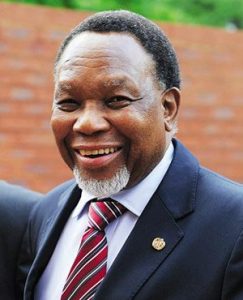 I was seated on the second row from the front as I was recording the proceedings on my phone for my archives.

When the commission closed business and the commissioners were walking out, Wisdom Mkhwananzi, one of the people who gave evidence during the inquiry came to the front running appealing to the commissioners to help him as police officers wanted to arrest him for giving his evidence on the Gukurahundi atrocities.

He went straight to commission chairman, Motlante, but was quickly whisked away by security details. He tried to appeal to Advocate Thabani Mpofu who was leading the evidence giving but he equally ignored him.

As he turned around, he spotted me and screamed my name asking that I help him as the police want to beat him up for giving evidence. I had never met this guy and didn’t even know him but he identified me and called me by name.

I could see tears and desperation on his face and something immediately said to me I must attend to him and help him in whatever little way I could. I knew perfectly well that if police had already been ordered to arrest him there was no way he was going to evade the arrest.

I tried to calm him down and told him that he must not panic and cause mayhem we must just go together and have him hand himself over to the officers that have been ordered to pick him up and I would assist him get legal representation.

Though he agreed to my suggestion I could tell he was extremely terrified. So I said to him we would walk to the the police and pass through and he must not resist when they talk to us.

As we were exiting the hotel foyer four police officers came running and without talking to us grabbed him lifting him up by his trousers. Responding to the way they apprehended him, he held on to my hand with a very tight grip screaming out my name that I must help him as the police will go out and kill him the way his parents were killed by the Gukurahundi.

For about five minutes there was a huge pandemonium at the the hotel foyer with Mkhwananzi holding my hand tight for dear life while a police officer was busy beating him on his wrist demanding that he let go off my hand.

I pleaded with the officer not to beat him as I was prepared to accompany him to the police station with them. He would not have any of that insisting that I pull my hand off his tight and very painful grip.

As the police were dragging him away, some other police officer were also trying to pull me out of his hard grip. By this time a number of people had joined in the fracas trying to pull him away from the police and he just wouldn’t let go off me screaming for me to help him.

I have never felt that uncomfortable in my life.

When he eventually lost his grip on me he looked me in the face and screamed, “these people will kill me mdala do something.”

I knew I definitely had to do something.

When they finally took him away, I followed to the police station where I found him still going through the detention process. I will never forget the smile and sign of hope on his face when he saw me. I assured him I was going to get him urgent legal help and that he should remain calm as the police would not do anything to him when he is at the station.

In an instant I called the Zimbabwe Lawyers For Human Rights and managed to get a very cooperating young lawyer Jabulani Mhlanga who rushed to the police station and intervened. Hours late into the night we managed to have him taken to hospital to have his left hand which was beaten up by the police officer attended to.

The lesson I got from the skirmish is that our state machinery is not learning any lessons from past experiences. The way they arrested that young man besides our pleading to wanting to cooperate with them was extremely unwarranted.

After spending the day discussing issues where innocent lives were lost in the hands of the security system in the country, the police failed to realise that the angry crowd at the hotel could have responded in another violent manner to their brutal treatment of a person who had just stepped down from giving evidence in a government sanctioned Commission of Inquiry. The risk of another killing was very high.

The truth that needs to begin manifesting into our state security is that Gukurahundi issues can no longer continue to be suppressed. A new generation of these young people has come up and they want to talk and the best that can be done is to listen to them and provide them with platforms to talk than try to suppress them like was done to our fathers.

The entire Matabeleland region and the nation are eagerly waiting for the National Peace and Reconciliation Commission similar public hearings on the disturbances that rocked the country through the years. One shudders to think what will happen at these hearings when such heavy-handedness is already being exhibited at the lower stages of the hearings?

I wait to hear the voice of the NPRC on the police handling of the Montlante hearings in Bulawayo.