Beneficiaries of Zimbabwe’s controversial land reform programme will have to pay compensation to the displaced white farmers, a senior government official told parliament on Wednesday. 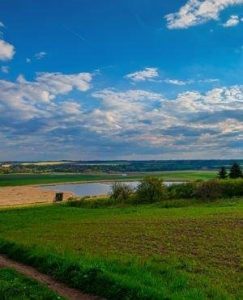 President Mnangagwa said while land reform was inevitable and could not be reversed, those farmers who were removed from their land would receive compensation.

The former farmers are owed some US$9bn in compensation for improvements made on the farms before the land reform exercise.

Responding to questions in parliament, Lands and Agriculture Minister Perrance Shiri said the state would not be burdened with paying compensation, as it was individual resettled farmers that benefited.

“It makes common sense that instead of labouring the tax payer, the person who is directly benefiting from those improvements contributes towards the compensation of the former farmers.”

Minister Shiri said while government had made a commitment to pay the former white farmers, it was going to raise funds from the beneficiaries.

“The policy is that the new farmer pays for the improvement on the farm and that money is used to compensate the white farmer, and that is government’s position.”

If there is a shortage of money then government may chip in, but the new farmer has to contribute, including the $3/hectare per year in levies that farmers are already paying, said Shiri.

Earlier this week, Shiri told a grouping of largely white commercial farmers who lost their land, the Commercial Farmers Union (CFU), that they had a legitimate right to seek redress over the lost land.

“Our government is firmly committed to a process of the need for corrective measures to deal with the consequences of past injustices. Our policy recognises the legitimate demand for justice from those who have been dispossessed or excluded.”

The policy will likely affect some senior officials in government and the ruling Zanu-PF the most severely – those who benefited from elite capture of the land reform programme. While thousands of families were resettled under Zimbabwe’s land reform programme, many of the farms with pre-existing infrastructure such as houses, dams and irrigation equipment, among other fixed properties, went to the elite.