The scenes of economic turmoil in Zimbabwe in recent weeks suggest that reviving the country’s battered fortunes in the post-Mugabe era will be a mammoth task for new president Emmerson Mnangagwa. 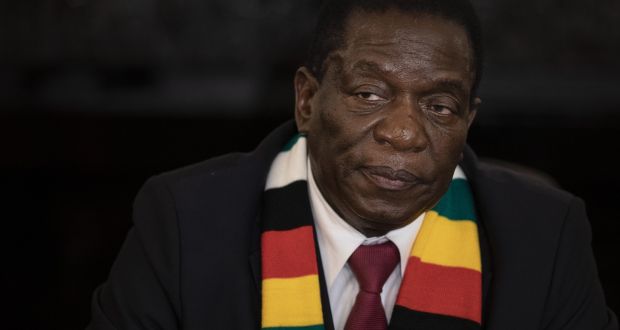 President Emmerson Mnangagwa: promised a different approach to governance than the one employed by his predecessor, the dictator Robert Mugabe. Photograph: Dan Kitwood/Getty Images

Confirmed as Zimbabwe’s new leader in August following a disputed July 30th presidential election, Mnangagwa promised a different approach to governance than the one employed by his predecessor, the dictator Robert Mugabe, who was ousted from power last year.

In the run-up to the poll he told voters and foreign investors that as part of his turnaround strategy for the country human rights would be respected, public sector corruption rooted out, and business-friendly economic policies introduced.

However, allegations by an opposition alliance that his Zanu-PF party rigged the election in his favour, and the shooting dead of seven civilian protesters by security forces after the poll, have undermined stakeholder confidence in these commitments.

In addition, since his inauguration as president on August 26th there has been little indication that the pro-business policies necessary to spur economic development are on the way.

Indeed, rather than leading to stability, Mr Mnangagwa’s first two months in office have coincided with the onset of Zimbabwe’s worst economic crisis in a decade, which is being fuelled by a combination of government debt and foreign currency shortages.

For the most part Zimbabwe has been denied access to international credit since the turn of the century because it has defaulted on its debts to global lenders and run up arrears of nearly $6 billion.

Furthermore, the government’s tax revenue falls well short of meeting its spending needs as unemployment sits at about 90 per cent, and there are a limited number of companies operating in the country.

In an effort to bring in extra money, Mr Mnangagwa’s government introduced a 2 per cent tax increase on internal electronic financial transactions on October 1st. But rather than topping up state coffers, the move only served to reduce business confidence, drive commerce further underground, and prompt companies to increase their prices for goods and services to cover the cost of the additional tax.

Further exacerbating the situation is the scarcity of the US dollar, which Zimbabwe adopted as its currency in 2009 after it abandoned the Zimbabwean dollar during the last economic crisis to tackle hyperinflation.

With banks unable to supply US dollars to their business customers, basic food items and essential commodities like fuel and medicines are in short supply, according to Harare-based political analyst and researcher Gladys Hlatywayo.

“In households that do not have access to foreign currency the situation is dire,” Ms Hlatywayo told The Irish Times, adding: “Last weekend a friend of mine suffering from cancer died because he could not get the drugs necessary to fight the disease.”

To make up for the shortage of US dollars, in late 2016 Zimbabwe’s central bank introduced a range of bond notes for use locally.

However, a recent instruction from the Reserve Bank to commercial banks ordering them to separate foreign currency accounts from local bond note accounts to try to solve the cash crisis has dramatically devalued the surrogate currency.

Originally pegged to the US dollar on a one-to-one basis, in recent weeks the bond note has traded as high as five to one on the Harare black market, said Ms Hlatywayo, which has led to fears that a return to the hyperinflation that crippled the country in 2009 is on the horizon.

“Shops are closing their doors and refusing to sell stock because they do not want to accept bond notes that are rapidly devaluing. People are also hoarding basic food items because they fear they will run out or will not be able to afford them as the prices rise,” she said.

Although facing criticism from many quarters, Mr Mnangagwa has been commended by some western donors for his government’s two-year turnaround plan. This involves reducing the size of the public sector and introducing policies like the transitional stabilisation programme, which, among other things, outlines measures to rein in excessive government expenditure.

But Ms Hlatywayo says for such policy interventions to work all sections of Zimbabwe’s society must buy in to them, and until the government’s legitimacy crisis is resolved that is unlikely to happen.

“My opinion is that the ruling Zanu-PF party needs to sit down with the opposition Movement for Democratic Change [MDC] Alliance and other stakeholders and have a national dialogue around what needs to be done so we can build consensus.

“The economic crisis will not be resolved until the political crisis is resolved,” she said.

Mr Chamisa, who insists he legitimately won the presidential election, said he was ready to lead the country out of its crisis, but first Mr Mnangagwa “must come to the negotiating table and resolve all hanging political issues”.