The president of Zimbabwe Miners Federation, Henrietta Rushwaya, announced that villagers living around the Marange diamond fields in the eastern Manicaland province will be allocated claims to extract gems as part of government plans to empower the communities through mining. 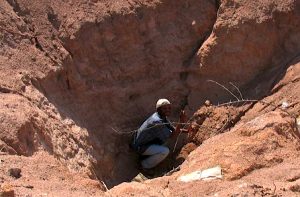 During a meeting with members of the regional miners association, Rushwaya said her office approached state-owned Zimbabwe Consolidation Diamond Company regarding the allocation of mining claims to their membership in Marange. Her approach, she said, is based on the fact that the Emmerson Mnangagwa government has availed $150 million towards the development of artisanal mining in the country.

Local media reports that the executive considered the concessions in Marange an urgent matter because most of the gems in the area are currently being extracted by illegal panners from the towns of Shurugwi, Buhera and Matabeleland.

Given this situation, villagers in Marange and civic organizations reached out to her and, at the same time, have publically expressed their discontent over the ZCDC’s failure to help develop the district.