Bulawayo-based Nhimbe Trust, working at the heart of culture and development in Zimbabwe and carrying that expertise to other countries of the African continent, will this week be heading for north Africa and the Moroccan city of Tiznit, to participate in the third edition of the États Généraux de la Culture, from 7 to 11 November 2018, held simultaneously with the exciting Amur'Art Festival. 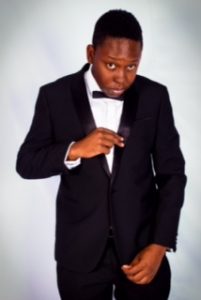 Popular Bulawayo-born comedian and multi-talented artist Q DUBE will take centre stage and carry the flag for Zimbabwe to audiences in the north.  Coordinated by Nhimbe’s Global Affairs Observatory (NGAO), this is their first initiative promoting a Zimbabwean artist to an international festival as part of their cultural diplomacy work, and Q Dube’s first visit to the north of the continent.

Q DUBE, real name Nqobizitha Mitchel Dube, began his career as a TV presenter in 2005, with a music show for the Zimbabwe Broadcasting Corporation.  He then moved on to acting on a local TV drama ‘The Small House Saga’, which earned him a Best Actor nomination in the 2008 National Arts Merit Awards.  In 2010 he packed his bags for South Africa to try and break into the entertainment industry, and found his voice for comedy there, with his first performance at the Blues Room, sharing the stage with the likes of Trevor Noah and Loyiso Gola. He later returned to Zimbabwe where he briefly acted in another local TV drama ‘Studio 263’ in 2011, and was invited to join the local comedy stage by his good friend ‘Simba the Comic King’.  Since then he has performed on every big comedy stage in Zimbabwe, including the Harare Festival of International Arts (HIFA), the popular Shoko Festival and Intwasa Festival koBulawayo, and in 2013 joined the line-up in Zimbabwe’s First International Comedy Festival.  He returned to South Africa performing at various venues including Parkers Comedy Club and the Cape Town Comedy Club, and in 2015 took his act to the US, where he performed in six cities including New York and managed to meet and speak with legends in the Stand-Up world like Bill Bellamy, Lavell Crowford and D.L Hughley.  Back in Zimbabwe, Q Dube performed for a crowd of over 3000 people when he opened for the ‘Queen of African comedy’, Anne Kansiime, in Harare.  He has also toured in the UK, namely London (with South African Comedian Lihle Msimang) and Leicester city where he performed in several venues while having his main residency at Mama Jumbes. He received NAMA’s 2017 Outstanding Comedian Award and is currently based in South Africa where is has been a regular feature at top comedy spots in Johannesburg and Cape Town as well as being a DJ on the 1873fm.

Q is now excited about traversing the continent to perform in north Africa.  He said “I’m looking forward to it!  It will be my first time in Morocco so I really don’t know what to expect, but I’ll pull out my bag of tricks and come out with material that is internationally acceptable, and something everyone will be able to relate to.  I can’t wait to meet the other comics, and also talk about freedom of speech and so on.  So, exciting times, a new experience for me and I think some of the others involved.  It’s going to be good, lovely, and I’ll hopefully work more with Nhimbe Trust and one day get other people to come down to Zim and make it some form of exchange.”

Nhimbe’s Global Affairs Observatory was launched in May 2018 as an institutional framework for its global affairs strategy, whose existence will ensure that local creative industries thrive and compete globally while furthering a cultural diplomacy mandate. NGAO emphasises an urgent need to ensure that local creative industries take up a cultural diplomacy role; have resilient global market presence and market share; and proactively take a leading responsibility in the protection and promotion of Zimbabwe’s diverse cultural ex-pressions globally, both on a non-profit (cultural exchanges) and commercial (trade) basis.

Nhimbe’s main partners in its dynamic development programmes are currently Africalia and UNESCO.

The États Généraux de la Culture is organised by the Racines Association, a Moroccan non-profit organization advocating for the integration of culture into public human, social and economic policies.  Nhimbe’s invitation comes as part of the African Cultural Policy Network, of which Nhimbe Trust is a member, composed of cultural actors, specialists, researchers, etc., from 24 countries of the continent including South Africa, Rwanda, Ivory Coast, Gabon, Senegal, Kenya, and Zimbabwe.