The last week in Zimbabwe has provided a Whodunit of colossal proportions in its implication for the country’s future – all of it revolving around the search for “Queen Bee”. 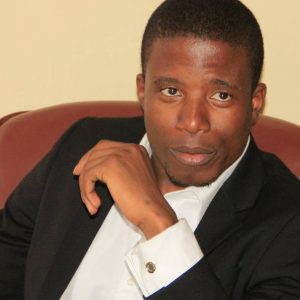 President Emerson Mnangagwa, desperate to present himself to the investing world as a clean skin putting to rights the misdemeanours of the Mugabe era, looked for someone of impeccable credentials to become his new Minister of Finance.

He found him in Mthuli Ncube, a man with a respected academic career as dean and professor at the University of the Witwatersrand, and a lecturer in finance at the London School of Economics. As current Vice President of the African Development Bank, Ncube fitted that bill perfectly.

Perhaps in all but one aspect. Until his appointment a month ago, he had not lived in Zimbabwe for many years or been one of the inner sanctum in government.

He has set to his job with a will, identifying the immediate problems and producing a Transitional Stabilisation Programme of suitably scholarly excellence – imminently satisfactory to potential investors, should his recommendations be enacted.

Three events over a period of three weeks, however, have caused Zimbabweans, already hyper-sensitive to yet another deteriorating situation, to rise swiftly from general concern, to aching desperation.  But, in the last couple of days, the third of these moves, for a people who have had to live on their wits for far too long, has at least, become a vital distraction to the growing pain of empty stomachs, in the excitement of the unearthing of Queen Bee.

Ncube’s moves were first of all, the introduction of substantially higher taxation on formalised barter, Ecocash which, in the existing and uneasy situation, caused panic buying, no fuel and empty shops; then the apprehension of ‘informal’ forex traders – and finally a probe into the Reserve Bank of Zimbabwe.

Concerned by rumours of corruption at the highest level, Ncube appointed 29-year-old William Mutumanje (alias Acie Lumumba) to be chairman of the Ministry of Finance Communications Taskforce. Confusion exists over both the credentials and reputation of Lumumba, but he used his experience in investigative journalism effectively by simply getting out and asking questions.  No doubt to the horror of many, Acie video broadcast his findings on Facebook – possibly aware that nothing would be done if he simply reported back.   Four top men were named, shamed and subsequently suspended for investigation.

Lumumba dramatically raised the country’s speculative temperature . . . from rumour to reality by the coining of the phrase “Queen Bee” as an identifiable ‘peg’ on which to hang his disclosures. He went on to describe a manipulative and all-powerful cartel of senior politicians, the top echelons of the military, a much-feared intelligence organisation, the judiciary and a range of key members in the public service. Apart from the disrespect for protocol shown by using social media to break the news, this was probably too close to the bone and resulted in his instant dismissal.

Lumumba then produced a 50-minute video explaining his ‘firing’ and hinting at the wheels within wheels corruption of the whole of government – of protection of their own and of the devices used to maintain loyalty. Critically, he suggested that the government was held in thrall to “Queen Bee” who had to be constantly fed and mollified.

Rumours are flying. The prevailing predilection to blame anyone and anything for everything has created such deep scepticism that almost every suggestion from government, a private organisation or individuals, is undermined and ridiculed.

In an attempt to appease this growing restlessness and anger, unachievable promises are made, such as the opening of six new television stations within three months. Unsurprisingly this simply increases the levels of disbelief.

That the Queen Bee scenario is alive and well has been suspected for decades, but it has lacked either proof, or someone brave or foolish enough to stand up and point the finger. Lumumba is tagged as having an association with military intelligence – if this is the case, he may survive.

To understand how this has come about, it is important to roll back the clock.

Rhodesia bred a people who learned to live by their wits and break every rule in the book in order to survive crippling and complete sanctions, ostensibly from every country in the world except its immediate neighbours. In reality, extraordinary deals were done in the dead of night and through complex procurement activities in conjunction with countries whose people did not agree with their governments’ dictates. These worked so well, that the country handed over a positive balance of payments at Independence in 1980.

It was heady stuff. To those in key roles, rule breaking became addictive.

It also led to extraordinary rumours and imprecise fact.   One of many, was that the provision of arms to Ian Smith’s government was effected by the same organisation which was providing arms to liberation armies.

When Robert Mugabe’s first cabinet was appointed, shock waves exploded through the white community in particular, but not exclusively, as knowledge grew that so many had been given key responsibilities with no experience other than their role, presumably as courageous fighters. The low level of education of others was enough to start the exodus of white and black skills as fears for the future grew.

A few whites however, simply saw an opportunity.  Their names still lurk in the background, occasionally nobbled by media reports as the Mr Bigs who receive protection from the Mugabe government for services rendered.   These included offshore companies and other obscure mechanisms designed to aid procedures in various supportive countries . . .  all of them with one aim – to make the kingpins very wealthy.

All of them protecting their own through a cloak of invisibility and by entrenching loyalty through vast reward or instant destruction. Occasional members of the ‘povo’ were gratuitously given a green light to be shown to be keeping everything apparently above board.

Acie Lumumba has pointed the finger at criminal corruption on a mafia-like scale.

A phone call from Zimbabwe yesterday reinforced the people’s plight.   “I have epilepsy and Tsitsi has diabetes – we have to find medication and insulin – but the pharmacies will not let us have it without US dollars.  We have none.   I wanted to see the doctor to ask how we could manage it – but he charges in US dollars too.  You need fuel but have to decide how much fuel you are prepared to waste looking for it. There is no point making a shopping list – you go to a shop and buy whatever you can with Ecocash, so that you might be able to trade it later. We don’t know what to do.”

Zimbabweans have always excelled at ‘making a plan’. They are an extraordinary people – refined by decades of adversity. To cool the swelling anger, this will have to be the most critical plan they have ever made.

“Queen Bee” – one person, or many? Perhaps more aptly, a Hornets’ Nest.

Hornets keep on stinging, they are more easily aroused to anger, and will eat other insects which get in their way. Even notoriously savage African bees make good honey.  Hornets make nothing – except very comfortable nests for themselves.