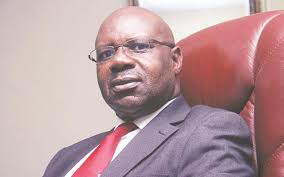 On Thursday 1st November, starting at 9 am, the Judicial Service Commission will start interviewing ten candidates listed below for appointment to the post of Prosecutor-General.

The interviews will be conducted in public at the Rainbow Towers Hotel in Harare.  All members of the public are welcome to attend.

Candidates will be interviewed in alphabetical order by surname.  If necessary proceedings will continue on Friday 2nd November.

The post of Prosecutor-General has been vacant since the resignation of the former Prosecutor-General, Advocate Ray Goba, in August following his suspension by the President and the setting-up of a tribunal to inquire into whether he should be removed from office.

Advocate Goba’s successor must be qualified for appointment as a judge of the Supreme Court and must be appointed by the President on the advice of the Judicial Service Commission following the procedure for the appointment of a judge [Constitution, section 259(3)].

In September, complying with section 259(3) of the Constitution,  the Judicial Service Commission advertised the vacancy and invited nominations for the post of Prosecutor-General from the President and members of the public, as required by section 180 of the Constitution, which lays down the procedure for appointment of judges [see Court Watch 2/2018 of 17th September link].  The deadline set for receipt of nominations was close of business on 5th October.

Valid nominations were received in respect of the ten candidates listed below.  All have the requisite formal qualifications specified in section 178(1) of the Constitution [Zimbabwean citizenship, at least 40 years of age, being a former judge or having ten years’ entitlement to practise as a legal practitioner in Zimbabwe and still so entitled].

[in alphabetical order of surname]