Zimbabwe’s collapse began when Robert Mugabe took over the farms and subverted the courts to stop the owners seeking justice. Now a case in Hong Kong could change the law on property rights, as an Arab firm seeks redress for the loss of a port in Djibouti. 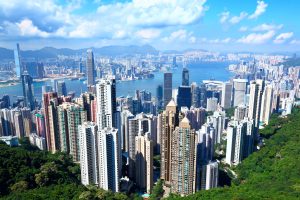 Dubai-based DP World runs harbours on all six continents, including Maputo in Mozambique and a host of other sites around Africa.

In February, Djibouti president Ismaïl Guelleh signed a decree stripping the firm of its 30-year lease over the country’s main container dock at Doraleh on a narrow strait of water linking the Indian Ocean to the Suez Canal.

A London court of arbitration ruled the contract is still in place, but Mr Guelleh ignored the judgement.

DP World will not relent and is now suing Hong Kong firm China Merchants Port Holding which, it says, has obtained a stake in Doraleh.

If they win, the precedent could resound across the world, including for South Africa’s plan to take land without compensation. It could also be used as a template in Zimbabwe.

This is not the first time a state expropriation has gone wrong.  In 2009, the Southern Africa Development Community (SADC) Tribunal in Windhoek ruled against the Harare government’s seizure of white owned farms.

The court then ordered compensation for the farmers and, when this was not paid, the Zimbabwe consulate in Cape Town was attached for sale. Harare lost an appeal against the ruling.

The SADC member governments, instead of backing their court in Windhoek, decided to shut it down.

As the South African parliament prepares to pass a law that would allow expropriation of land without compensation, there are endless examples of plans run amok.

After the French Revolution in 1789, wine farms were nationalised by the new order, only to be handed back to those owners who had not lost their heads at the guillotine.

At the end of World War ll, Josef Stalin occupied Lithuania, dissolving the government and incorporating the country by force into the Soviet Union. Private estates were broken into small or collective farms, and returned when Lithuania regained independence in 1990.

Almost 30 years after the Berlin Wall came down, there are still land claims across the former Russian empire.

In South Africa, much of the farmland is under bond to banks. Once taken by the state, farmers would be unlikely to pay back their loans, putting the financial system in jeopardy.

And it is finance, according to DP World, that is at risk.

Speaking about Djibouti’s seizure of Doraleh, DP chairman Sultan Ahmed bin Sualyem said the ramifications had spread across the continent.

“The action actually has hurt Africa as a whole,” he told a London newspaper. “Anyone who builds a port or an infrastructure project and goes to borrow money,” he said, would find that “banks will ask for more interest if they fear the possibility of takeover by government.”

DP World is investing more than $400m next to Djibouti, in Somaliland, rebuilding the once-famous port at Berbera that fell into neglect during wars along the Horn of Africa.

This has drawn criticism from Djibouti with claims the firm was not servicing Doraleh because it had interests elsewhere. DP World insists it not only fulfilled the terms of its lease but acted in the best interest of Djibouti.

In Mozambique there has been criticism of Chinese efforts to lease thousands of hectares for soya and other crops. Fears also spread to South Africa earlier in 2018 with claims of a Chinese plan to farm rice near Bushbuckridge.

Djibouti is even more at risk, with the highest debt level of any African country, much of it to Beijing. This has led to questions in the US Senate over whether the strategic port at Doraleh could fall into Chinese hands. Such a move would alter the balance of power along one of the world’s busiest shipping lanes. Most of Europe’s trade with Asia passes Djibouti en-route the Suez Canal.

In Zimbabwe, President Emmerson Mnangagwa has talked of returning land to white farmers.  Critics claim the land taken by his predecessor, Robert Mugabe, was largely parceled out to ministers and members of the ruling party.

And where the country once exported food to neighbours, it now relies on imports.

South Africa has held nationwide discussions on land reform, though finance minister Tito Mboweni has warned it could lead to disaster. President Cyril Ramaphosa insists nothing will be done to damage the country’s food supply.

Greatest demand for land has emerged around cities, mostly for housing. Polling has shown that unemployment along with the cost of transport and urban accommodation remain the key concern of voters.

In Dubai, the DP World chairman has ruled out any surrender of Doraleh. “We will take every action to protect the rights of the shareholders,” he said

The government of Djibouti appears just as determined as the new case in Hong Kong opens. A ruling in favour of DP World would make it difficult for another operator to take the harbour.

Mr Guelleh insists his country is a sovereign state, but as the law of contracts becomes ever-more globalised, and countries rely on funding from beyond their borders, he may have to accept the reality that his decree on Doraleh is just another of history’s failed attempts at seizure.