… As it binges on new cars 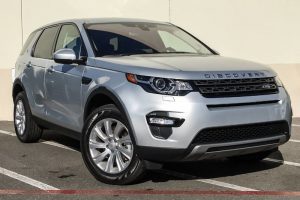 The Zanu PF government has continued to prove its insatiable hunger for cars with a reckless splashing of millions of dollars on top of the range vehicles for Ministers.

Before the election, they twice spent millions on cars for traditional leaders in a self-preservation exercise. They went on to use state funds to buy party cars in a move which exposes the state-party conflation.

Recently a million dollar vehicle was bought for Mnangagwa who in his first days as President pretended to be a small car head of state.

While they are spending on cars, the budget deficit continues to balloon exposing the rhetoric on expenditure retrenchment.  Presently, there are more pressing issues which that money could have put to better use.

The pharmaceutical sector, for instance, has announced that only a month’s supply of drugs remains. A caring government could have, at least, channeled resources towards drugs procurement. There is a crippling cholera outbreak and a doctor’s strike, part of which is a result of promises that were not honored.

Zanu PF’s lack of care forms part of its wisdom. Cars are therefore more important than the lives of the citizens.

They now preside over a vampire state which devours its own people. They pursue a narrow agenda of self-aggrandizement which is why they were rejected by the people of Zimbabwe.

It is time to end a rule of scoundrels and gangsters who use the state as an arena of personal enrichment.